A jury has convicted East Landsdowne's Mohammed Jabbateh of lying on his immigration documents. 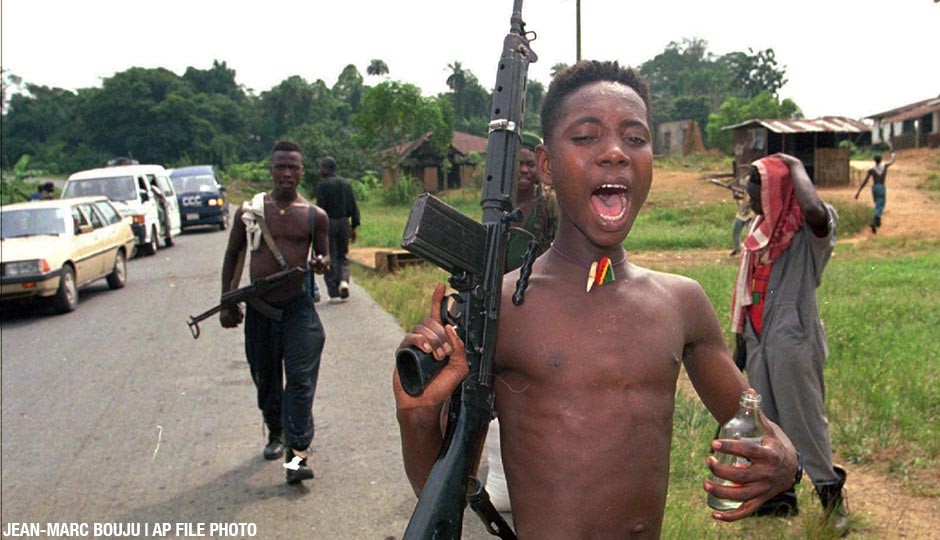 In this AP file photo, an intoxicated young rebel with the United Liberation Movement of Liberia (ULIMO) shouts while walking along the highway leading to Tubmanburg, 40 miles northwest of the capital Monrovia in 1996.

Mohammed Jabbateh – the East Landsdowne resident accused of committing atrocious war crimes in Liberia under the name of “Jungle Jabbah” – was convicted of immigration fraud and perjury on Wednesday,

Jabbateh, who was arrested last year, has lived in the Philly suburbs for about two decades. His trial, which was watched closely in Liberia and around the world, lasted roughly three weeks.

During that time, more than a dozen Liberians accused him of committing or ordering public rape, murder, torture and sexual enslavement as a high-ranking captain of the United Liberation Movement for Democracy in Liberia, a rebel group during the First Liberian Civil War in the 1990s.

According to philly.com, Jabbateh “showed no reaction” as the verdict was read on Wednesday, just two days after it went to the jury.

The 51-year-old father of five, who has maintained his innocence, now faces a maximum of 30 years in prison. Prosecutors have said they will seek to deport him.