Everyone’s buzzing about the senator’s remarks on patriotism, but he offered even deeper wisdom for politicians and citizens alike. 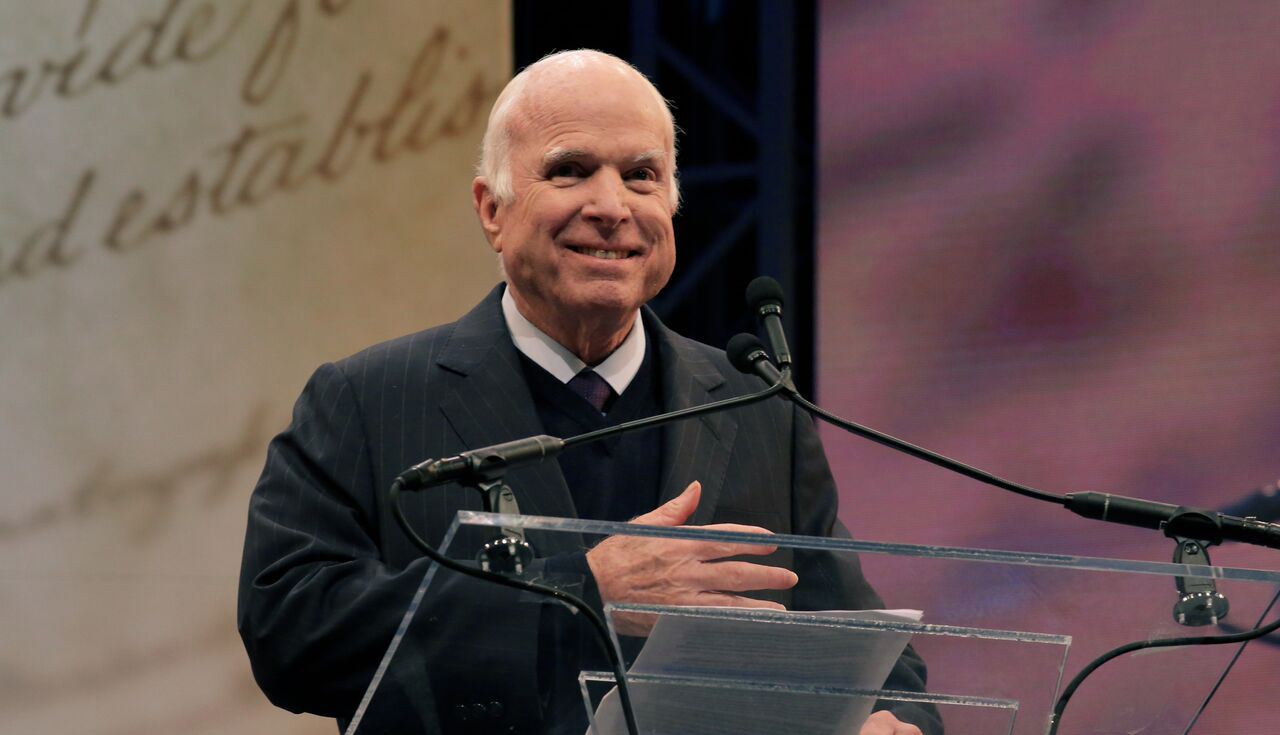 Photo by Peter Van Beever; courtesy of the Constitution Center

Newest Liberty Medal recipient Sen. John McCain set the country ablaze Monday night with his not-so-thinly veiled criticism of President Donald Trump and his supporters in an impassioned speech delivered at the Constitution Center. McCain – a naval pilot who was famously tortured and held captive for more than five years before spending 35 years in government – condemned “spurious nationalism” and the refusal to uphold America’s duty as international leader, going so far as calling it downright unpatriotic.

While that assertion has been grabbing all of the headlines today, the 81-year-old Arizona Republican actually offered more sage wisdom in his address that could serve to benefit politicians and all citizens alike. In this time of uncertainty, McCain’s musings serve as a reminder that larger social mores we have seemingly forgotten can help bring us together and truly get America back on the path to being great.

Humility
In his introductory comments about presenter Joe Biden, McCain led off with a joke that hints at a serious issue of late in this country: “We knew each other back when we were young and handsome and smarter than everyone else but were too modest to say so.”

Today we’ve become a land where we pump ourselves up and boast on such a grand scale that we can’t possibly live up to the absurd heights of the hype we’ve self-created. It’s left us in a place where more shameless people, despite clearly knowing their own deficiencies, can still crow like professional wrestlers without having to prove their worth. What ever happened to “Show me, don’t tell me”?

Agreeing to Disagree
Again speaking in regard to the former vice president (and rabid Phillies fan), who sits across the political aisle, McCain championed his longtime friend’s conviction in his own beliefs and described their mutual respect: “We didn’t always agree on the issues. We often argued – sometimes passionately. But we believed in each other’s patriotism and the sincerity of each other’s convictions … And through it all, whether we argued or agreed, Joe was good company.”

The key to coexistence? Understanding that we’re all individuals and are not going to come to a consensus on every topic. In the name of civility, embrace this fact and move toward common ground to build stronger relationships for the betterment of all.

Paying It Forward
Tied to his takedown of Trumpian “you’re all sons of bitches” patriotism, McCain emphasized the obligation those in a position of power (e.g., the United States) have to maintain order and set a positive example: “We have done great good in the world. That leadership has had its costs, but we have become incomparably powerful and wealthy as we did. We have a moral obligation to continue in our just cause, and we would bring more than shame on ourselves if we don’t.”

This should just go without saying. But, unfortunately, it doesn’t in 2017.

Learning From History
McCain spoke of one benefit he sees in old age – “the acuity of hindsight” – and how he views America as “the land with the storied past forgotten in the rush to the imagined future.”

We need to look to our shared history and understand how that relates to both where we are today and where we’re heading. As Santayana put it: “Those who cannot remember the past are condemned to repeat it.”