The Philly native led South Carolina to the women’s national basketball title, but her team isn't on the guest list. 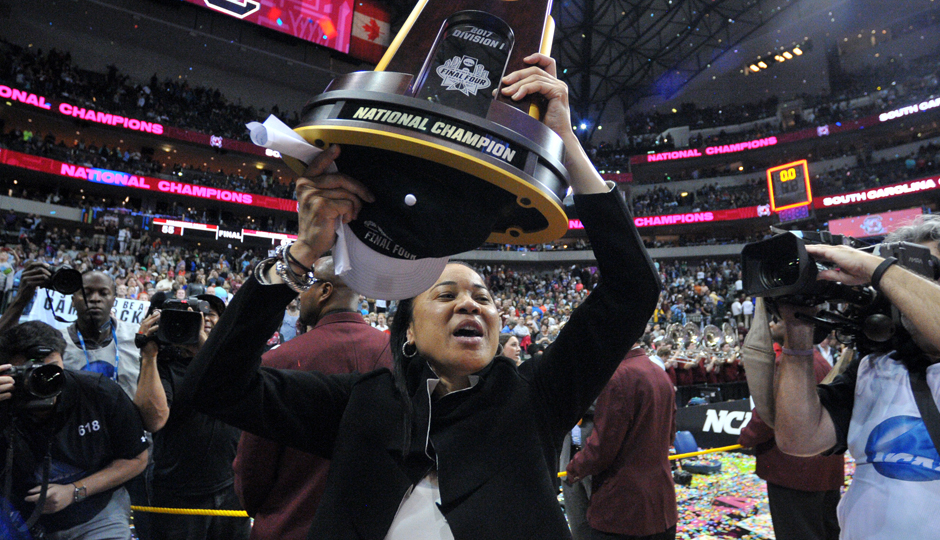 While much was made in September of the NBA champion Golden State Warriors having an invite to the White House rescinded by President Trump, Philly native and women’s basketball legend Dawn Staley says her women’s national-title-winning South Carolina Gamecocks aren’t even on the guest list, breaking a 34-year precedent.

After winning her program’s first national championship in April, Staley said at the time that her team indeed would go to the White House. But that was before “some things transpired,” as she puts it.

“We haven’t gotten an invitation yet, and that in itself speaks volumes,” the Dobbins Tech grad told the Associated Press last week. “We won before those other teams won their championships. I don’t know what else has to happen.”

The NBA’s Warriors “hesitated” over a decision and were shunned. The University of North Carolina men’s basketball team announced last week that they it unsure whether the winners of the 2017 NCAA Tournament would make the trip due to scheduling conflicts, while the college football national champions, the Clemson Tigers, met Trump earlier this year.

Although every women’s basketball national championship team since 1983 has visited the White House — spanning the terms of five presidents — Staley said she’s not sure whether her squad would go to Washington now even if they were to receive an invite.

Three-time Olympic gold medalist. Basketball Hall of Fame enshrinee. And now NCAA national championship-winning coach. What about Dawn Staley suggests that she doesn’t deserve a trip to check out the Oval Office or put up some shots at the White House court?