Carson Wentz’s Response to Vegas: “The World Needs Jesus In a Bad Way”

The Eagles’ Bible-thumping QB got roasted on Twitter for his remarks. 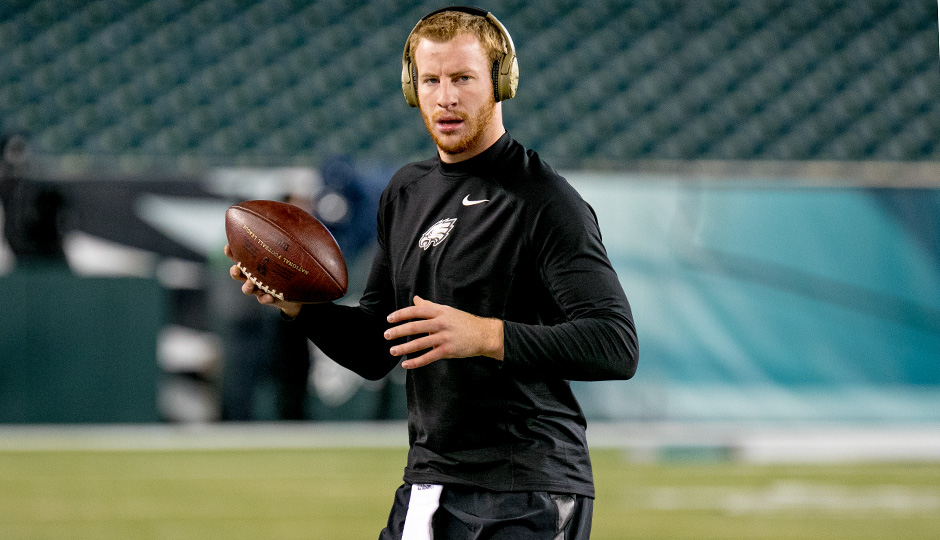 By now, we’re all well aware that Carson Wentz is a Bible-thumper that jams out to Christian rock when he’s not throwing spirals in South Philadelphia. The second-year Eagles QB is heavily involved in outreach efforts, often wears shirts with religious connotations to press conferences (along with Jesus sandals), and regularly posts Scripture verses to his social media channels.

Wentz is a humble enough guy, and he’s insisted in the past that he’s not one for shoving religion down the throats of his teammates or fans despite his strong Christian beliefs. While weighing in on the national tragedy that occurred last night in Las Vegas, Carson invoked Jesus in a tweet that set off both nonbelievers and those who wished he instead used his platform to stump for stricter gun control.

We don't need fiction Carson; that is part of the worlds problem. We need better education.

No, we need gun control and healthcare

Perhaps Jesus wants the US to do something about the easy availability of guns and the fragile mental health of some white men?

Maybe Jesus or God could show up BEFORE 50 people die and 400 get injured pic.twitter.com/ZE2DOS3ehC

Really not fair to push religion into this tragedy.

I respect you @cj_wentz , but leave Jesus out of the conversation, that is no different then when People say this is God's Will.

Obviously Jesus didn't do anything to stop the shooting. What we need is more law enforcement to protect our citizens.

While there were many followers who also supported Wentz’s message, maybe Carson should take his own words a little more to heart in order to avoid controversy next time around.