After scandal rocked his family, you won’t believe what the Philly comedian is spending to get out of the doghouse. 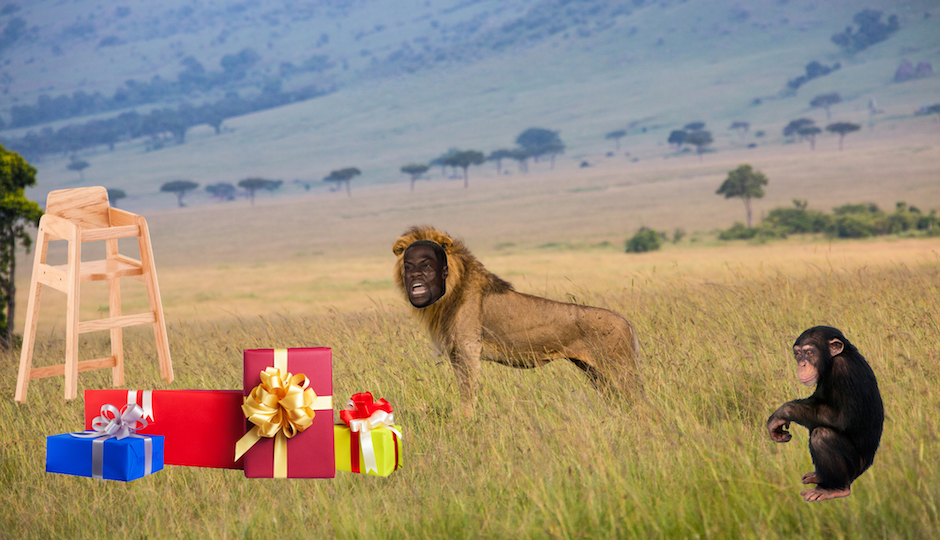 Philadelphia-born funnyman Kevin Hart made headlines earlier this week when he apologized to his pregnant wife and kids on Instagram after being caught in an embarrassing extortion attempt that revealed his supposedly videotaped infidelity. Now confined to the icy-cold corners of the marital doghouse, Hart is spending a ridiculous amount of cash this weekend on a Lion King-themed baby shower in an attempt to gain some favor with his rightfully scorn spouse.

According to TMZ, Hart is shelling out roughly $118,000 for the lavish Oct. 1 party celebrating his soon-to-be newborn son – the first child for the 38-year-old stand-up comedian and his second wife, Eniko Parrish. (Hart has two kids from his previous marriage). At the swanky Calamigos Beach Club in Malibu, California, guests can expect leopard-print décor, safari animal decorations and tunes from the 1994 Disney classic.

In typical Hollywood fashion, Hart spared no expense: He reportedly forked over $1,500 solely for the purposes of booking a chimpanzee in a diaper. He also arranged for guests to sample exotic foods at an “Experience Bar” that encourages them to dress up like tribal warriors (I don’t really recall anybody wielding a spear in the movie…) and win prizes as “contestants” playing a knockoff game show akin to The Price Is Right. (If he landed Bob Barker then I’d really be impressed).