We Want to Hear Your True Life Wawa Stories

Trinacria: It's not only the Broad and Walnut location where patrons have witnessed shenanigans that sometimes border on the paranormal. 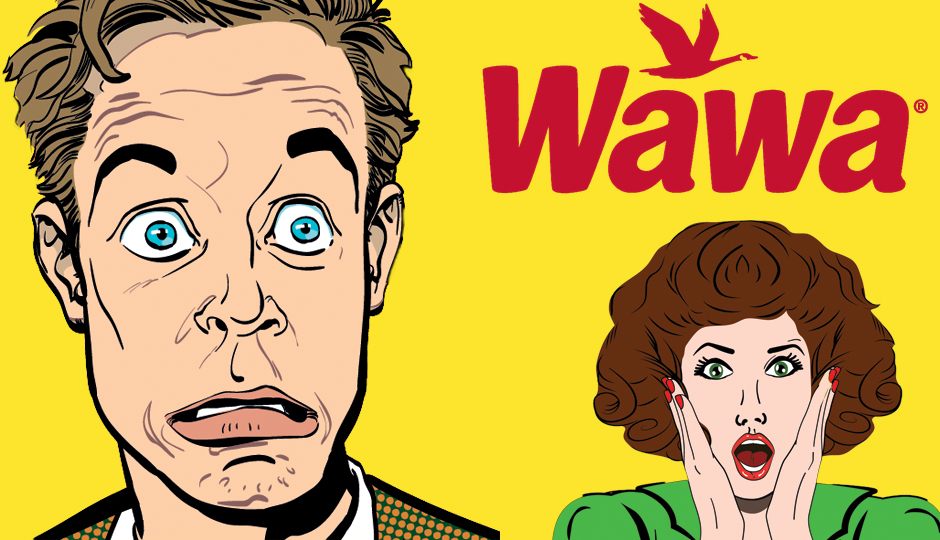 I have plenty of Wawa memories that are pleasant: As a kid, picking up a paper with my dad to read about who blew the Eagles game for us; Traveling across state lines for a taste of home while in college; Grabbing a hoagie (paired with Herr’s Sour Cream and Onion chips and a Tastykake, naturally) on my way to work as a lifeguard in high school – one of the better summer jobs of my adolescence.

But then there’s the dark stuff. The weird and often inexplicable life events that will remain stowed away in your limbic system for eternity, ready to call up at a moment’s notice. I’m talking about those “it could only happen at Wawa after midnight” moments we all have experienced.

On a recent late-night stroll past the Broad and Walnut Wawa – I promise I’m not picking on this place specifically! – I was forced to dodge the high-pressure stream of a drunken homeless man relieving himself with a broad smile on his face. (I took the effective course of hurtling over the pee like a long-jumper at the Olympics).

Then there was the time when I witnessed a “bad” teen – you know the type: dressed all in black, rocking a wallet chain – ride his bicycle through the aisles of the 17th and Arch location while woo’ing like Ric Flair at 5 a.m. Where was this boy’s parents?

Earlier this year, I even tried going to the Columbus Boulevard store one afternoon only to find that they were closed because the manager got stabbed a couple hours before. Yikes, now we’re getting serious.

So what say you, Philadelphia? I want to hear some of your Wawa war stories – the weirder, the better. It’ll be just like group therapy, taking comfort in knowing I’m not the only person to have PTSD nightmares that can be blamed wholly on my irrational craving for an after-hours Krimpet.

Comment or shoot me an email at jtrinacria@phillymag.com to discuss that dude who was speaking in tongues while you were just trying to order some mac and cheese.
Follow @jtrinacria on Twitter.