Cara Mund shares an alma mater with the Eagles QB, dances to Michael Jackson and hates Trump’s views on global warming. What’s not to love? 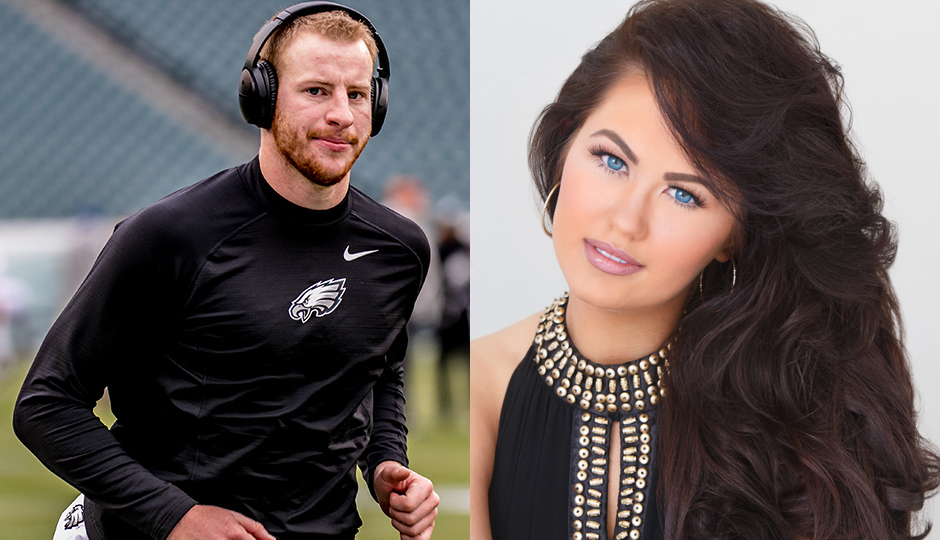 Cara Mund, the 23-year-old newly crowned Miss America from North Dakota, attended the same high school as Carson Wentz in Bismarck and even shouted out the Eagles quarterback after winning the pageant! (This is the first time an entrant from the Peace Garden State has won the whole shebang).

“I said, ‘If Carson Wentz can do it, Miss North Dakota Cara Mund can become Miss America,'” the Century High School graduate said in her acceptance speech. Mund’s talent was jazz dance – she’s trained with the Rockettes and gets major props for dancing to Michael Jackson’s classic 1987 hit “The Way You Make Me Feel.”

Mund, who once interned in the U.S. Senate, stood firm when the judges grilled her on her critique of Donald Trump’s decision to pull the country out of the international Paris climate accord, which was entered in hopes of reducing harmful greenhouse gas emissions that further global warming.

“It’s a bad decision,” Miss America said. “There is evidence that climate change is existing and we need to be at that table.”

Mund, who went on to study at Brown University while Carson was busy wowing scouts at North Dakota State, says she hopes to be the first woman elected governor of their home state. She also totally got robbed in the swimsuit competition:

.@MissAmericaND brings all smiles during the Lifestyle and Fitness competition at #MissAmerica! pic.twitter.com/N2OwJAVCtJ

Carson – if you’re reading this, bud – from what I’ve gathered you’re already taken care of, so how about playing matchmaker? If so, I promise not to remind people of that embarrassing video you made back at ol’ Century High. Whoops…