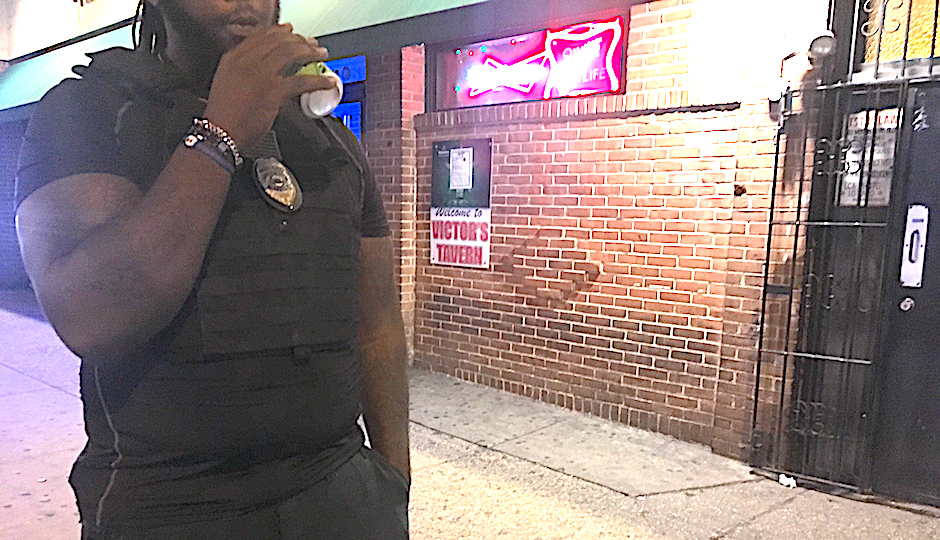 Plenty of bars in Philadelphia have bouncers. But not very many have armed security guards wearing bulletproof vests. During the day.

Such is the case at Victor’s Tavern, an old bar on Wayne Avenue in Germantown, just down the street from a Mastery Charter middle school campus and a couple of blocks from Penn Charter in one direction and Germantown Friends in the other.

The smoky, cash-only bar, where a 16-ounce Budweiser bottle costs $3, is the target of a neighborhood petition to shut it down, even though the bar says it has done nothing wrong. 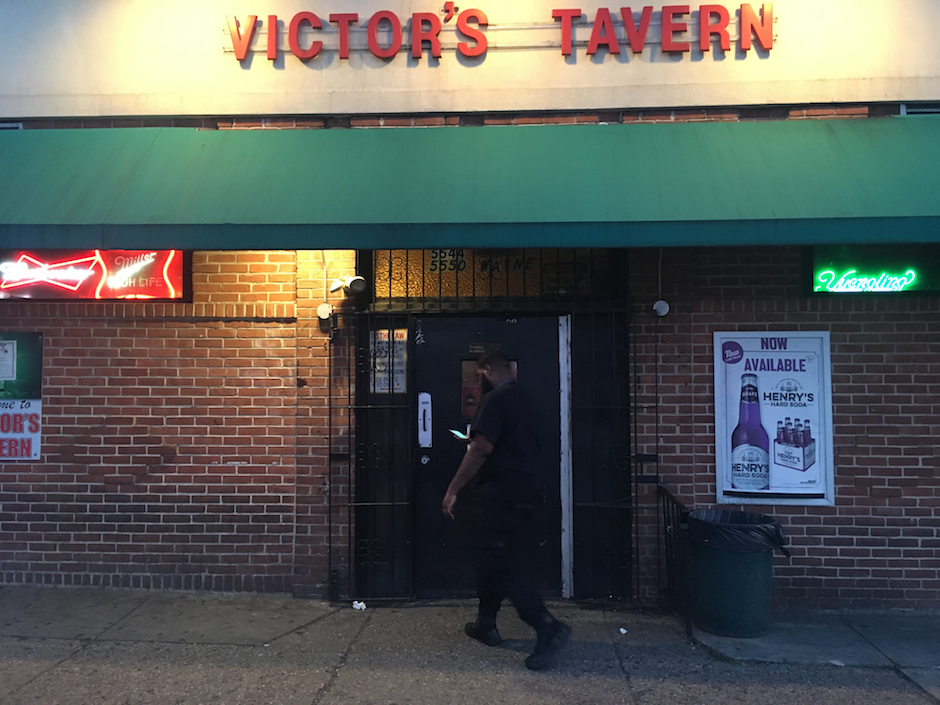 The “Let’s Close Victor’s Tavern!” campaign was started on Change.org last week by Sharrieff Ali from the Maplewood Neighbors Community organization, which represents a small chunk of the Germantown neighborhood that includes Victor’s Tavern.

“It’s time to protect our children from the moral decay they see everyday around them coming from nuisance bars like Victor’s Tavern,” wrote Ali in his online plea, which has received 280 signatures so far — some from neighbors and some from people as far away as Florida.

This mission is nothing new for Ali. He says he’s been getting complaints about Victor’s Tavern for a long time.

In May 2016, Ali fired off an email to an attorney representing the bar at the time. 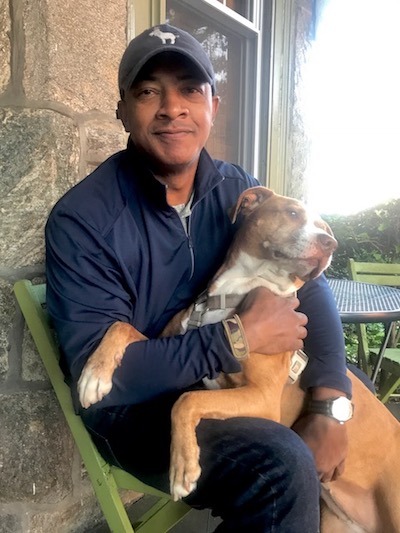 Sharrieff Ali and his dog, Ginger

“Victor’s Tavern is a long-established bar in our community which for many years has served the Germantown residents,” Ali began. “In recent years however, the activity inside the bar, directly outside the bar, and on the adjacent streets … has been what is defined as ‘anti-social’ and a ‘public nuisance.’”

“Who wants to live near something like that?” asks lifelong Germantown resident Judith Adams-Cherry, who bought a home around the corner from Victor’s Tavern nearly 20 years ago. Adams-Cherry, a registered nurse, has three children, ages eight to 17.

“There’s a big grocery store right across the street from the bar, and I can’t send my kids to it,” she says. “The way the behavior inside the bar just spills out onto the pavement in front of it. There’s no sense of decorum, there’s all this foul language, there are fights, and as a woman, you can’t walk down the street without comments and looks and feeling like you need to cross the street.”

Adams-Cherry says that patrons of the bar regularly urinate in the doorway of the Mastery Charter school.

“It brings down the value of the neighborhood,” she laments. “If I had not been a lifelong resident of Germantown, I wouldn’t want to live here. It’s bad. Real bad. This is a nice neighborhood. We need to invest in it.”

Eventually, the Chinese-American owner of the bar, Kenny He, agreed to meet with Ali in the company of an attorney. Ali took them to McMenamin’s Tavern in Mount Airy, about two and a half miles away from Victor’s Tavern.

“That’s a neighborhood bar,” Ali tells me. “But that’s a bar where people can take their kids and be comfortable. The difference is in the way they manage it. Listen, Germantown has changed. Having a bar like this … you could make so much more money if you closed down Victor’s Tavern and renovated it.”

Ali says that the meeting was civil, but more than a year later, he feels that nothing has changed.

“We didn’t want to tell them to close down,” insists Ali, who moved to Germantown from West Philadelphia nearly a decade ago. “We wanted to tell them that we didn’t like what was going on and we wanted to help them change. But we’ve learned that we cannot work with these operators. This stuff persists, and you have mothers walking their young children to school right by the bar while people are standing out front carrying on. They don’t feel safe.”

He, the owner, declined to comment for this story, but the bar’s new lawyer, Jenkintown’s Patrick McHugh, says he doesn’t understand what the fuss is all about.

McHugh says there’s no illegal activity of any kind going on inside the bar, and as for what happens down the street, the bar cannot control that.

“[The owner] has armed security guards at the bar to take care of any drunk and disorderly patrons,” McHugh tells us. “He’s never had a citation for any kind of drug activity in his bar. He’s never had a citation for underage drinking. There are, of course, problems that happen in that neighborhood because of where it is, but he deals with it by using armed security.”

As for people loitering in front of the bar, McHugh explains that the security guards do ask people to move along.

“But some of them are just defiant,” says McHugh. “They just won’t move.”

Ali and Adams-Cherry say that the cops are on the block “regularly,” in Ali’s words.

Regularly is one way to put it. The Philadelphia Police Department was unable to immediately provide the exact number of police visits to Victor’s Tavern over the last year, but they were able to tell us how many times police were called to the tenth-of-a-mile block of Wayne Avenue that Victor’s Tavern calls home. Police were dispatched to the 5500 block of Wayne Avenue, a commercial strip consisting of a grocery store, some apartments and a handful of small shops, once every 1.6 days in the last year.

McHugh says that the owner is willing to meet with Ali again, but not if turning Victor’s Tavern into McMenamin’s is what he’s after.

“Mr. Ali wanted him to open a high-end restaurant in this neighborhood, which just doesn’t make sense,” observes McHugh. “He’d open that and nobody would come.”

The fate of Victor’s Tavern now lies with the Pennsylvania Liquor Control Board.

According a PLCB spokesperson, the board declined to renew the bar’s liquor license as of November 1st of last year because “it is alleged the licensee abused its privilege.” The PLCB would not elaborate, and McHugh declined to comment on the matter.

Under the provisions of the PLCB, the bar is allowed to remain open under a temporary license as hearings and appeals unfold, and all of that can take a while. Years even.

“We’ve waited long enough,” Ali says. “We want our kids to be safe.”