He pulled off one of the biggest upsets in college hoops history when his Wildcats miraculously won the 1985 National Championship. 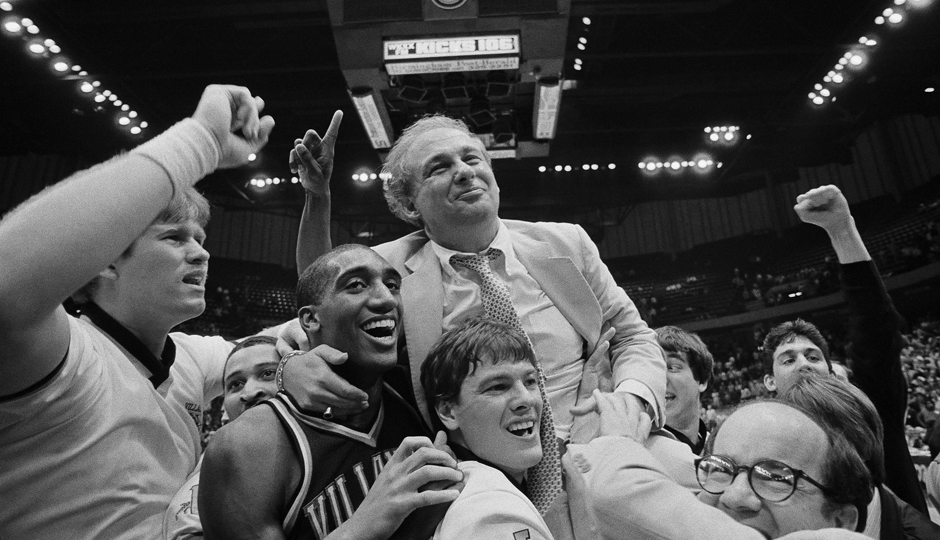 Rollie Massimino, whose team pulled off one of the great upsets in the '85 title game in Rupp, needs our prayers. Say one for him if you can

Massimino coached the Wildcats from 1973 until 1992, when he left the Main Line with a bitter taste in his mouth as he took over UNLV’s troubled program. The two sides buried the hatchet thanks in part to current Villanova head coach Jay Wright, who brought Massimino to Houston to witness ‘Nova’s second National Championship win in 2016.

“The ‘Nova Nation has lost a legend and great leader,” Wright said in a statement. “Coach’s love of family, community, and teamwork were evident in every game his teams ever played. All of us, as coaches and players, idolized Coach Mass. He inspired and impacted all of our lives. He never stopped being a cherished mentor and friend.”

Save for a brief three-year stint out of basketball in the early- to mid-2000s, Rollie continued coaching well into his senior years. Massimino recorded his 800th win last year while pacing the sidelines for Keiser University, a junior college located in West Palm where he coached for the past 11 seasons. In addition to Coach Mass’s 8-seed Wildcats’ improbable run in ’85, Villanova advanced to the NCAA Tournament four other times under his direction.

Massimino was inducted into the National Collegiate Basketball Hall of Fame in 2013. Check out this fun Q&A that Philly Mag did with Rollie a few years back here.