She claims she's been permanently scarred. 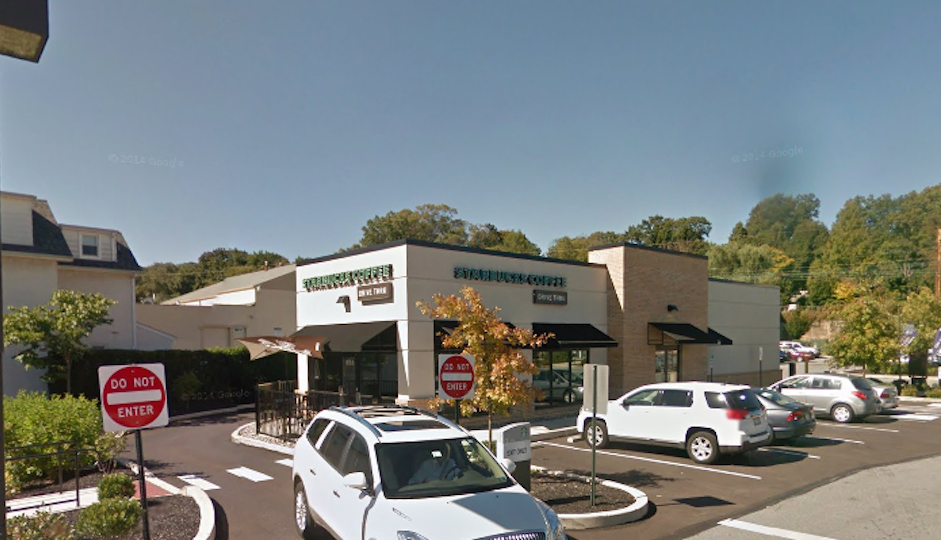 The suit stems from a visit to this Starbucks on Lancaster Avenue in Devon, Pennsylvania (Image via Google Maps)

A 51-year-old Wayne woman has filed a lawsuit against Starbucks over injuries she says she received from a cup of hot tea she purchased from the Seattle-based conglomerate.

Karen Maneri says she visited the Starbucks at 851 Lancaster Avenue in Devon back on January 8th. She went through the drive-thru, ordering a venti hot tea. Maneri put the cup of hot tea in the center cupholder of her car and drove to her house, which was less than five minutes away.

According to the allegations contained in the lawsuit she filed against Starbucks, the lid of the cup unexpectedly popped off as she entered her driveway, allowing the hot tea to splash onto her.

The lawsuit maintains that Starbucks is at fault for providing a faulty cup that didn’t stay sealed and also for serving a beverage that was so hot that it caused bodily harm. The suit claims that the hot tea was served to her at a temperature “far too hot for a person to drink and readily capable of causing severe burns …”

Maneri’s lawsuit against Starbucks is, of course, reminiscent of the infamous McDonald’s hot coffee lawsuit, in which a jury originally awarded $2.86 million to an elderly woman who was burned by the company’s coffee. The woman became a poster child for frivolous lawsuits, but in more recent years, her case and the media frenzy surrounding it have been reexamined, as documented in the below New York Times video.

Earlier this year, a Florida jury told Starbucks to pay a woman $100,000 after the lid popped off of her venti coffee cup, leading to burns. According to the plaintiff’s lawyer in that case, a Starbucks representative testified that the company gets some 80 complaints each month about problems with their lids.

The lawyer representing Starbucks in the Maneri case was not immediately available for comment.

Ed. Note: This story was updated to clarify the location of the Starbucks.