It happened on Sunday afternoon. 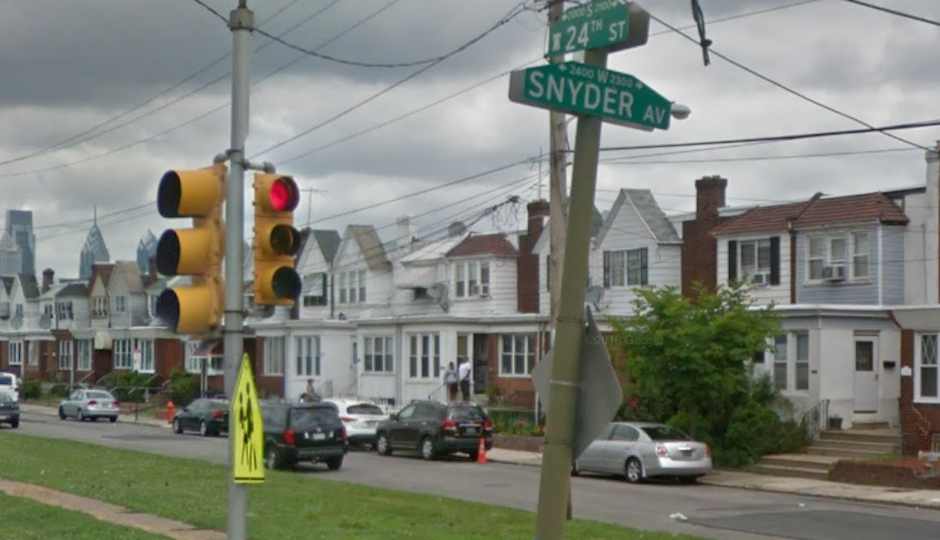 Police say the incident occurred at 24th and Snyder in South Philly. (Photo via Google Maps)

The Philadelphia Police Department is asking for the public’s help to identify the suspect in an attempted abduction in South Philadelphia.

The incident occurred on Sunday around 1 p.m. near the corner of 24th and Snyder.

According to police, a man in his 30s pulled his Ford Explorer SUV up to a 13-year-old boy and told him to get into the car. The boy said no, and the man left the scene, traveling east on Snyder.

Police describe the suspect as a “heavy set” black man wearing a black dress and a brown wig. They also say he was wearing lipstick.