Sixers to Play on Christmas Day AND in London

We know one famous fan is happy to see our 76ers back in the spotlight. 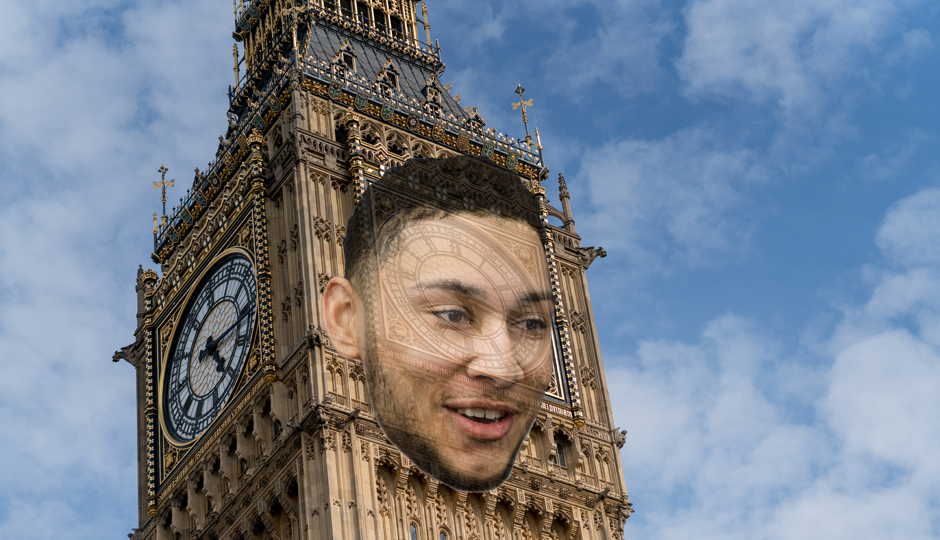 Big day for Philly basketball fans with reports that the 76ers will make their long-awaited return to Christmas Day action, as well as the official announcement that the team was chosen to participate in the NBA London Game at O2 Arena just after the new year.

WIP was first to break the news that the Sixers will take on the New York Knicks at Madison Square Garden on December 25th. The NBA’s Christmas showcase has always been highlighted by intense rivalry games, revisiting thrilling playoff match-ups and fun, up-and-coming teams. The 76ers fall in the latter category, of course, and it will be our time to show that we’re on the rise.

As for the London game, “Big” Ben Simmons and the boys will fly over the pond to face the hated Boston Celtics on January 11, 2018. This is the NBA’s eighth regular season contest in London and the Sixers’ second game in the United Kingdom. (They played a preseason game against the Oklahoma City Thunder in Manchester in 2013.)

“Participating in NBA London Game 2018 is a great opportunity for our players to compete in front of an international audience at the historic O2 Arena,” said head coach Brett Brown. “I have fond memories of coaching the Australian national team in London during the 2012 Olympics. The basketball fans there are very passionate and I am looking forward to playing the Celtics there in January.”

“The sport of basketball continues to show remarkable growth internationally and we’re excited to travel to London to play in front of the great fans there on Jan. 11,” said Sixers owner Josh Harris, who also has a stake in English soccer club Crystal Palace F.C. “This is a tremendous opportunity to showcase our dynamic team filled with exciting international players to a fan base that has a clear passion for world-class sporting events. It’s especially exciting to have the Sixers face off against the Boston Celtics on Thursday, to be followed by Crystal Palace’s Saturday match-up against Burney nearby in South London.”

The fact that the Sixers were selected for these two high-profile games signifies that the league is starting to take notice of what we’ve got here on South Broad. Two seasons ago, the team won just 10 games and was the most pitied franchise in basketball. Now with a talented young roster featuring the must-see personality Joel Embiid – do they serve Shirley Temples in English pubs? – we’re on the road to becoming one of the NBA’s marquee teams.

I know Los Angeles Angels outfielder and South Jersey native Mike Trout will be tuning in: