Trinacria: Darren Daulton was more than just my first favorite player; he’s interwoven in the fabric of my life. 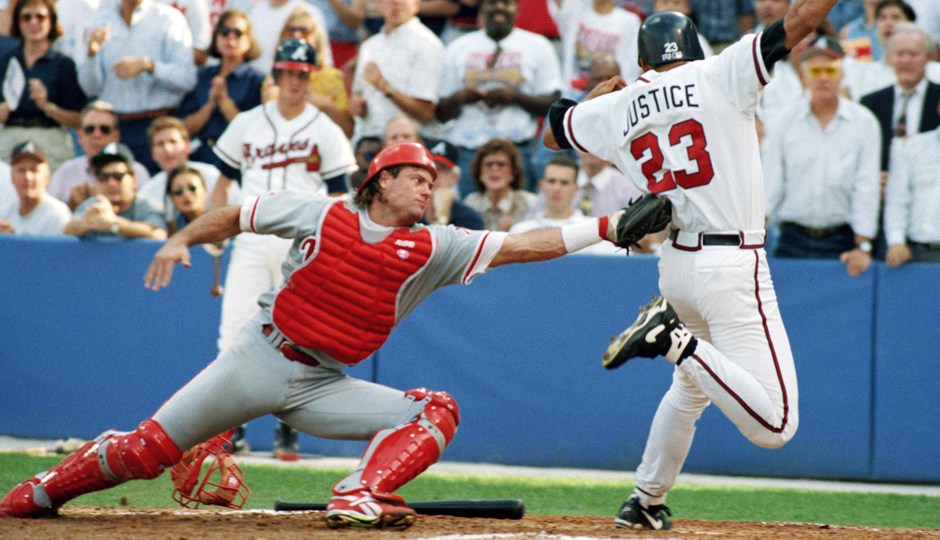 One of the first goals I had set for myself after accepting this job at Philly Mag several months back was landing an interview with my childhood hero and original favorite Phillie, Darren Daulton.

As a sports fan, you never forget the players who served as your introduction to the game you now love and hold so dearly. For me, that was “Dutch” all the way and I revered him. You often hear stories about how pompous athletes let fans down in such dreadful ways, but lucky for me there wasn’t a better player – or person – to emulate.

Hanging on my wall as a kid along with Eric Lindros and Michael Jordan was Darren, his trademark mullet flowing in all its ‘90s glory. I’d wager there were more than a few women in the Delaware Valley who also had Dutch posters in their bedrooms, albeit for very different reasons. When I played sports, I wore number 10 not because I was born on the 10th day of March, because Darren did.

Sadly, I never got the chance to grab a Yuengling with Dutch and tell him how much he meant to me. It would’ve been cool to talk baseball with the heart and soul of the 1993 National League champs, sure. But I really just wanted to say thanks for being a tangible part of my youth. Even without us ever meeting, Darren has been interwoven in the fabric of my life.

It’s late summer in 1997. My family had just packed up and moved to Miami, where we didn’t know a soul or where to catch the Phils on TV. I was going into second grade and Darren had just been traded to the Marlins. I actually gained some of my first friends down there because I already knew about Dutch and Jim Eisenreich.

Tragically, my father died in a car accident shortly after we moved to Florida. He got to see Dutch win the World Series that year, but it still was no true vindication for ’93. Relegated to a bench role, Darren retired after the season. He was honored by the Phillies for his career in one of the first games I attended at the Vet after moving back with Mom. That was a nice welcome home moment for me during a difficult time.

I planned on telling all of this to Dutch in person at an outing down the Shore for his Darren Daulton Foundation, so I got in touch with the organization to see if we could set up that interview I had long coveted. That’s when I first heard the news that Dutch was really struggling with brain cancer again and the end could be near. This was all just too cruel, but that’s the world we live in, isn’t it?

After sharing this awful news, Darren’s friend and attorney Brett Datto had one request for me: Can you bring over a copy of our famous 1995 Best of Philly issue with Dutch on the cover? You know the one – he’s eating a hot dog in a tux with mustard smeared on his face. That issue also happens to be my first introduction to my future employer, so I have Dutch to thank for that as well. 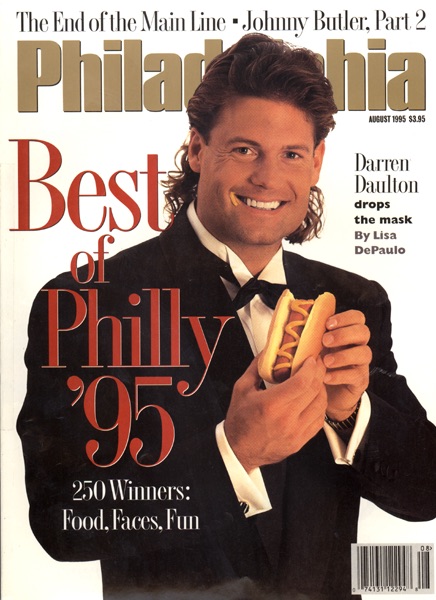 The day I was supposed to hand-deliver the magazine to Brett was a whirlwind for the both of us. I get to his law office on Chestnut Street with the issue – one of three we had left – only to find that Brett literally just left for the airport to visit Darren and I had missed him… I was crushed that I couldn’t come through for my hero. Thankfully, Brett got word of my arrival and made his way back up to take the magazine to Darren just in the nick of time.

I hope this memento of Dutch’s past brought some much-needed joy to him and his family – just as he had for me following my dad’s untimely death. I’ll remember Darren not only as that catcher smiling brightly on the BOP cover while dressed to the nines, but also as the warrior who beat his first bout of brain cancer when doctors said it wasn’t possible. We all knew Dutch was as tough as they come from his playing days, but his fighting spirit during his final years showed his true character.

Rest in peace, Darren. From both the little boy who had your poster on his wall and the man today who wishes he had the privilege of shaking your hand.