The officers are cracking down on young bikers who weave in and out of traffic. 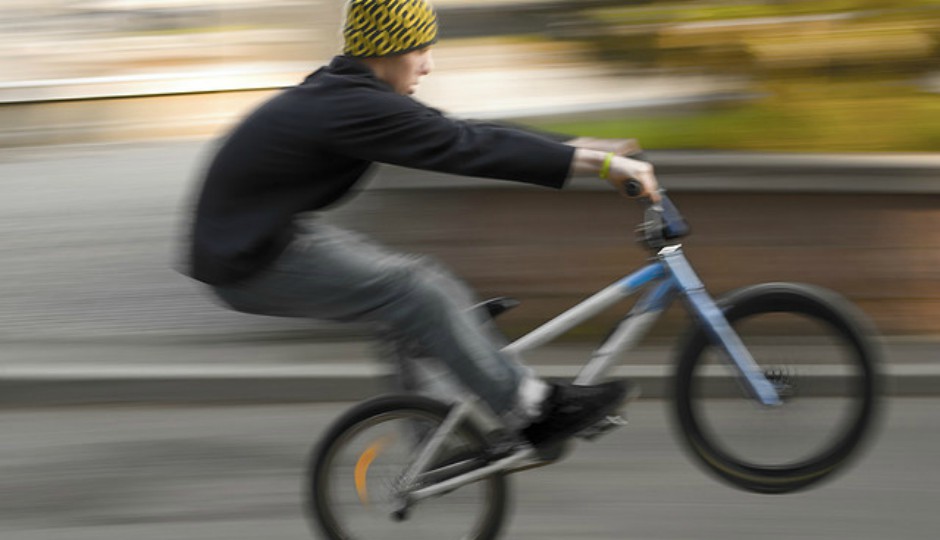 You’ve probably seen kids popping wheelies as they cruise city roads, sometimes where they might not belong (like on I-676).

Maybe you like the so-called wheelie kids (who, in Philly, are often affiliated with a group called One Way). Maybe you find their tricks impressive and admire the way they claim the streets. Or maybe you think a bunch of kids biking in the road is just plain dangerous – especially if they’re swerving into traffic.

The Delran Township Police Department in South Jersey clearly falls into the last camp, having just announced that it will crack down on “the new fad of ‘swerving,'” i.e. bikers “intentionally swerving into the paths of vehicles and pedestrians.”

“Riding bikes the wrong way against traffic, causing motorists to move out of their way, is causing hazardous conditions,” the department said in a Facebook post Thursday. “This is one of those things where they can either be killed themselves in terms of darting in and out of traffic like that or create an accident where somebody in a vehicle is killed as the result of their reckless actions. Sometimes when operating a motor vehicle you’re not expecting somebody on a bike to come darting in front of you. If the operator of the vehicle is quick enough to respond they may be able to avoid hitting that person, but it also may cause a vehicle to swerve and create another accident.”

Delran Detective Fred Irons said police have received numerous calls about “swerving” bikers but have yet to catch any kids in the act. Typically, officers will approach kids who are believed to be the subject of reports and talk to them about how biking in the street can be dangerous. Now, Delran officers will “be proactive in stopping this behavior.” That means they’ll contact parents and cite juveniles if anyone is seen riding a bike and causing a hazardous situation.

On the other hand, the department will offer kids seen biking safely (by wearing helmets and following bike laws) with coupons for ice cream and pizza, as the department has in the past.

“We’re just making everyone aware that were on top of it,” Irons said. “We don’t ticket kids on bikes unless there’s a problem. But this is a problem thats not stopping.”