OPINION: The Phillies Should Cool It With the Wall of Fame

Why do the Phils feel the need to make this a yearly event? The Pete Rose debacle is evidence that they shouldn’t. 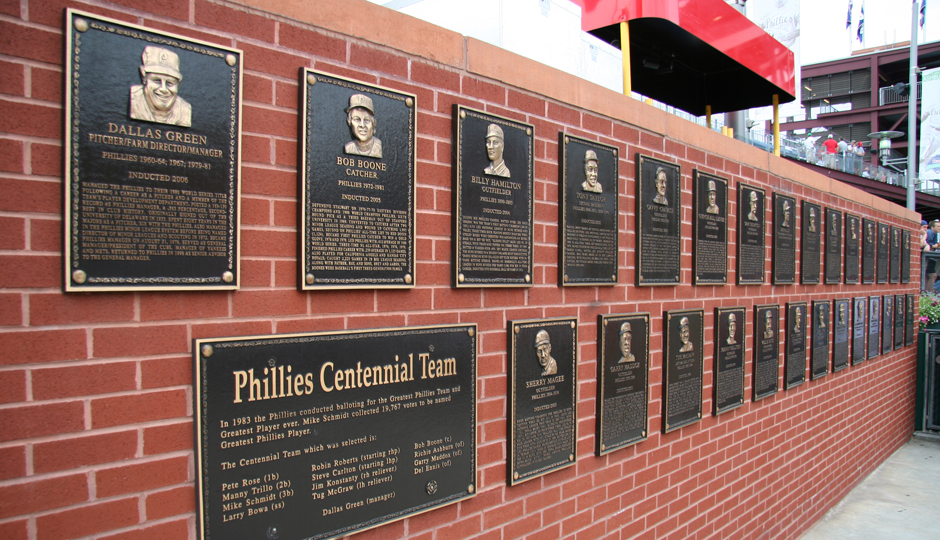 We all know, if we’re being completely honest with ourselves, that the Phillies are really a miserable, losing franchise. That’s what makes our titles in ’80 and ’08 that much sweeter — championship-level baseball is sort of hard to come by around here. Seriously, only two World Series trophies in 134 years?

The most telling stat for me is not the fact that our lovable Fightin’ Phils were the first professional sports team to reach 10,000 losses – a dubious distinction worthy of ridicule, no question. It’s the 30-year stretch where the Phillies only had one winning season, from 1918 to 1947. Twelve – count ’em, TWELVE — of those teams during that span lost at least 100 games!

Within the past few decades we’ve been fortunate enough to have some exciting teams and players come through Philadelphia. Despite all of the losing, the Phillies do have quite a rich tradition. But to me it seems like we’ve honored the deserving past as much as we already can with our Wall of Fame out in Ashburn Alley.

Pete Rose, despite recent sickening accusations, was certainly worthy of a plaque behind the batter’s eye in centerfield. His statistics and place on the 1980 World Champs warranted the honor, although his seedy past and drunk uncle-like personality makes him a far cry from a shoo-in – as was the case before the fans nominated Charlie Hustle this past year.

I remember seeing that ballot and thinking that Pete was pretty much the only Phillie on the list who conceivably should be up for consideration for the Wall. Placido Polanco? Not good enough. Steve “Bedrock” Bedrosian? Too small a sample size. Scott Rolen? OVER MY DEAD BODY.

The Phillies’ inexplicable need to celebrate their past every year in this way needs to stop. We don’t have enough of a past to honor anymore if guys like these are making the ballot! I think the issue here is how we in Philadelphia tend to prop up our lovable losers and guys who should’ve been more just because that’s all we have to commemorate.

It’s in the best interest of the team to put the Wall inductions on the shelf until the 2008 guys are eligible. That way we don’t get borderline players like Mike Lieberthal and Pat Burrell hanging up there with Schmitty, Robin Roberts and other true legends. I do love me some Pat the Bat, so he can stay. But really, is Jim Thome a hallmark Phillie worth remembering decades down the line?