The mayor’s backing of the Democratic primary winner isn’t surprising, although it signifies acceptance of the progressive candidate by the party’s establishment. 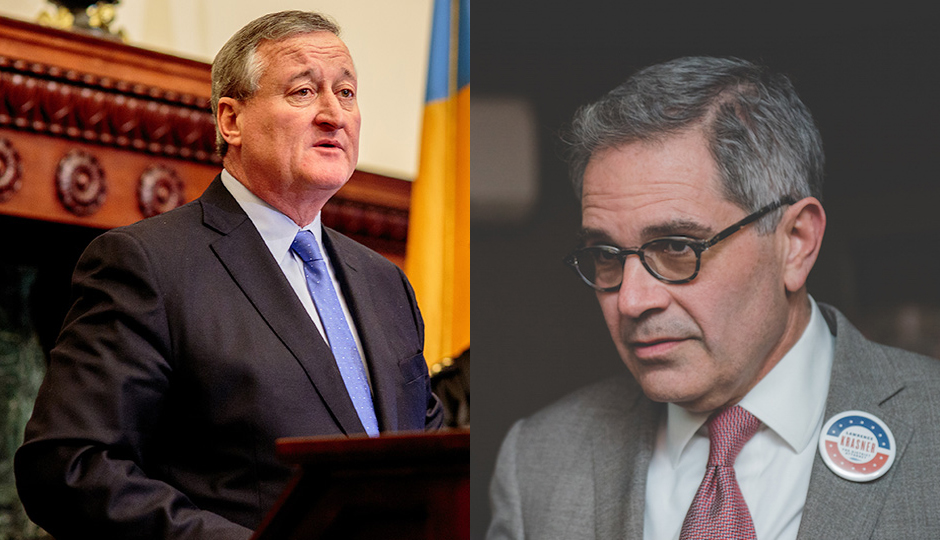 The mayor described the Democratic primary winner as “a reasonable, fair and thoughtful arbitrator of dispensing justice” at a press conference held at City Hall this afternoon. Kenney made a point to specifically compliment Krasner’s work advocating for the homeless and LGBTQ community during the early dawn of the AIDS epidemic, “when federal, state and local governments ignored a bourgeoning public heath crisis.”

“Larry Krasner believes in the cause of equal justice for all Philadelphians. He will bring a new perspective to the criminal justice system – a balanced perspective that many say is long overdue,” Kenney said. “As our next DA, Larry Krasner will end the mass incarceration of non-violent offenders and will seek alternatives to incarceration. He will change practices, shift limited resources and abandon the culture of conviction at any cost.”

Krasner said he appreciates the mayor’s “well known and longstanding support of other movements for fairness – fairness to immigrants, to the LGBTQ community, to the poor, to people of color” and that his endorsement signifies that he and Kenney share similar values.

The mayor’s endorsement also symbolizes that the Democratic machine is accepting of the progressive’s anti-establishment agenda, rather than actively trying to undermine it as in the case of Councilwoman Maria Quiñones-Sánchez.

But Philadelphia’s power players have not accepted Krasner, a civil rights attorney with no experience as a prosecutor, universally. The Fraternal Order of Police has endorsed his Republican rival Beth Grossman, although Kenney believes that Krasner is the man to help improve relations between citizens and law enforcement.

“When we’re in this kind of environment where police-community relations are so critical to the stability and safety and progress of our city, I am confident that he will be the person who can hold those scales of justice and keep them balanced between the victims and the people who are accused of crimes,” Kenney said.

Krasner will face Grossman in the all but already settled DA election in November. Montgomery County native Kelley Hodge was nominated to serve out the rest of disgraced former DA Seth Williams two weeks ago.