Phillies Cancel Pete Rose Weekend That Never Should Have Existed 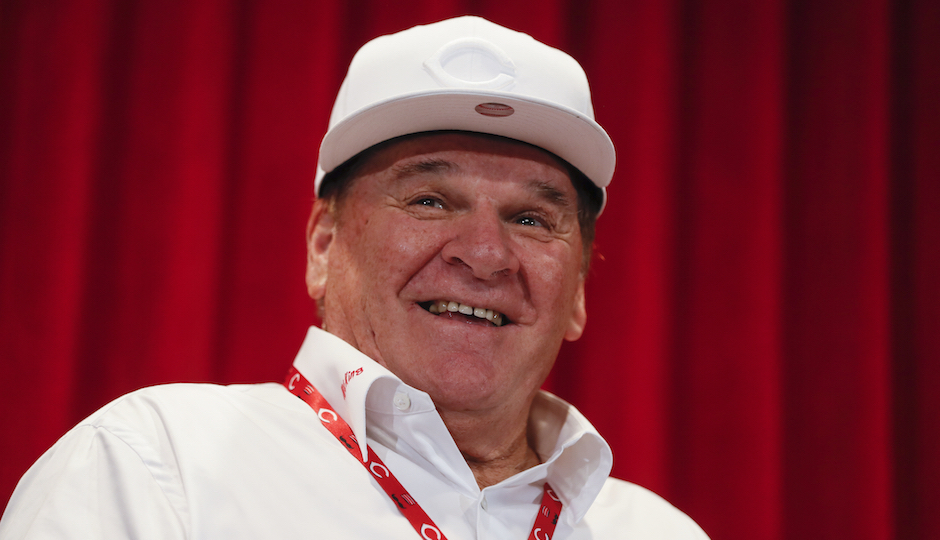 On Wednesday afternoon, the Phillies announced that the team will not be celebrating Pete Rose this weekend. Originally, they were going to be handing out Pete Rose bobblehead dolls and Pete Rose commemorative prints and bestowing the team’s “highest honor” on the former hitting star by making him the 39th inductee into the Phillies Wall of Fame. But why did it ever even get this far?

I know that it’s hard to sell tickets when your team is last place in the league, such a far fall from the glory days in 2008 when the Phillies won the World Series and we threw them a big parade. But honoring this scum is not the answer.

The cancellation of this weekend’s events comes on the heels of court documents released on Monday showing that a woman has accused Rose of having sex with her when he was in his mid-30s and she was not yet 16. And what does Rose have to say about all that? He’s pretty sure she was 16. Yes, Pete Rose has admitted to having sex with a child.

Baseball is still propped up as the most family-friendly of professional sports. And I have to wonder what kind of lesson our kids are learning when we lift Pete Rose up as some kind of hero, even before this sex-with-a-child story broke.

It teaches our kids that lying and breaking the rules is honorable. When Pete Rose was asked if he bet on baseball while he was managing the Cincinnati Reds, he swore up and down that he didn’t do it. He persisted with these vehement denials for years.

Of course, we all now know that his denials were utter bullshit. Pete Rose did bet on baseball. He admitted it. And no, he doesn’t get any points for his confession. That’s not how this works.

By placing Pete Rose on the Phillies Wall of Fame, we’re also teaching our kids that it’s perfectly OK to break the law and to be a cheat. Let’s not forget that Pete Rose went to federal prison after he cheated on his taxes. If you’re like most Americans, you begrudgingly pay Uncle Sam what you owe each year. But not Rose. Nope, he admitted to filing false income tax returns.

“I would like to say that I am very sorry,” Rose told the judge in that case.

A full 13 years after Rose served five months in jail for tax evasion, the federal government went after him again, hitting him with federal and state tax liens to the tune of more than $150,000 in unpaid taxes.

Fast-forward to 2017, and the Phillies have basically been forced to “do the right thing.” A total PR nightmare, and one that could have been easily avoided.

Pete Rose has no place on the Phillies Wall of Fame. But the thing is, he never did. We can do better.