The lawyer Rose sued for defamation last year is also the guy whose report got the former Phillie banned from baseball in ’89. 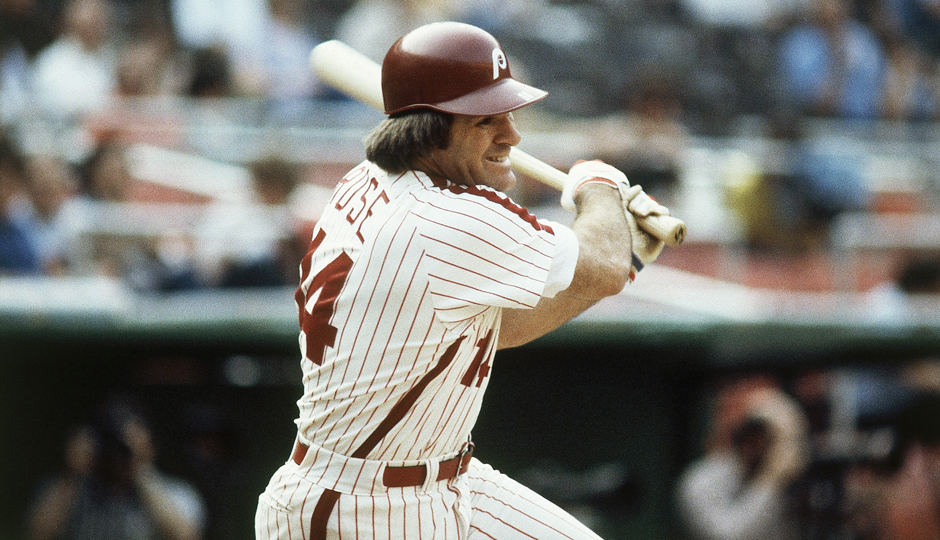 The wins just keep on piling up for old Charlie Hustle here in Philadelphia. World Series in 1980, Phillies Wall of Fame in 2017 and now a federal court judge based in our fair city has ruled that a defamation lawsuit Pete Rose filed last year may move forward, according to court documents Philly Mag obtained from the U.S. District Court for Pennsylvania’s Eastern District.

Rose – Major League Baseball’s “Hit King,” famously banished in 1989 by actor Paul Giamatti’s father – sued attorney John Dowd in 2016 over allegations of sexual misconduct that he made during several media appearances the year before. Dowd claimed that Rose had one of his gambling co-conspirators “[run] young girls for him down at spring training, ages 12 to 14” on West Chester’s WCHE-AM. Weeks earlier Dowd made similar accusations on nationally syndicated sports talk host Jim Rome’s show.

The allegations stem from Dowd’s investigation into Rose’s betting on games during the 1980s. Dowd at the time served as Special Counsel to the Commissioner of Baseball, and his report was instrumental to the eventual excommunication of Rose in ’89. Among the many people involved in Dowd’s report was Michael Bertolini, the man who placed Rose’s bets and the same person Dowd claimed helped him run young girls down to Florida.

Bertolini categorically denies Dowd’s accusations, along with Rose. Pete’s lawsuit seeks a money judgment in the amount of no less than $75,000 as well as punitive damages including lawyer’s costs and fees.

Judge Petrese B. Tucker ruled on July 14 that Rose’s defamation suit may continue, however he found that Rose did not present enough evidence to support his complaint that Dowd intentionally interfered with his contractual relationship with the sneaker company Sketchers.

Dowd’s attorney declined to comment on Tucker’s decision to deny their motion for a dismissal.