Seattle Will Now Be Taxing Its Rich. Should Philly Be Doing the Same?

Sure, if you want to drive away this demographic. 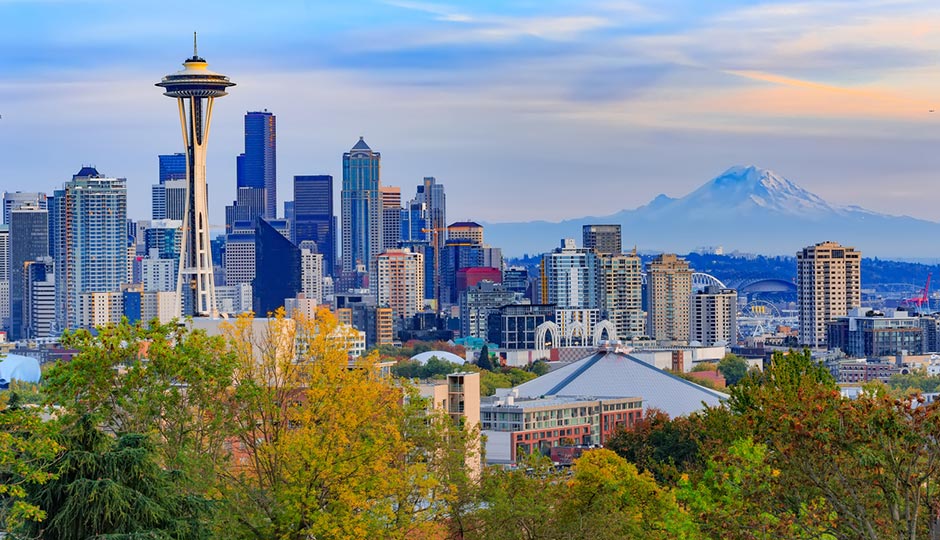 Looks like the city of Seattle’s at it again.

Despite a recent independent study conducted by the University of Washington that found that the city’s planned $15-per-hour minimum wage is already driving away small businesses and reducing employment, the town’s elders are still not satisfied. So last week, Seattle’s City Council approved a new measure that would impose a 2.25 percent income tax on the “wealthy” — those making $250,000 per year individually (or $500,000 jointly).

“Seattle is challenging this state’s antiquated and unsustainable tax structure by passing a progressive income tax,” the city’s mayor was reported as saying by Fox Business. “Our goal is to replace our regressive tax system with a new formula for fairness, while ensuring Seattle stands up to President Trump’s austere budget that cuts transportation, affordable housing, healthcare, and social services. This is a fight for economic stability, equity, and justice.”

Trump and his evil Republican cohorts are proposing cuts in programs that will affect many cities around the country like Seattle and Philadelphia. Seattle’s response? Hey, let’s just raise taxes on those damned rich people. Maybe Philadelphia should be considering the same. Reports have shown that our city currently faces a retirement plan funding deficit that’s in excess of $5 billion and that our school system, despite a balanced budget this year, faces a revenue shortfall of another billion dollars within the next five years. Raising the 3.92 percent income tax on the “rich” here in the city could add hundreds of millions of dollars that could help fund these enormous liabilities.

It’s not a bad idea. Particularly if your goal is to drive that demographic right out of town. Because that’s exactly what would happen. I wrote just last week how Pennsylvania’s high taxes have helped to discourage entrepreneurs from starting up businesses here. Higher taxes on those “rich” Philadelphians would have the same impact.

Those “rich” people (and c’mon — let’s also agree that making $250,000 a year means that you’re doing well, but not that you’re “rich”) are the ones who have fueled Center City’s revitalization over the past decade. Their money isn’t just being spent on condos and townhouses in growing neighborhoods. They’re the ones who are paying for the livelihoods of tens of thousands of small-business owners and workers in restaurants, hotels, department stores, coffee shops, clothing stores, museums, and contracting and engineering firms throughout the city. It is their money that pays for the upkeep and beautification of our city’s most beloved locations, like Rittenhouse Square, the Parkway, Fairmount Park, and the river drives. “Rich” people are the ones who drive consumer spending and fund jobs.

Trump’s message to cities like Seattle and Philadelphia is that we’re spending too much. We have bills that we can’t pay, so we’re asking for money from people who live in Oklahoma and Austin to help fund our city’s debts via their federal taxes. Is that right? Is it their fault that we are not fiscally responsible?

When there’s a budget shortfall, our local leaders’ knee-jerk reaction is to trim “discretionary” costs and then raise taxes. Why are we not renegotiating contracts and pulling back on entitlements to people that don’t need them as much? Does Michael Nutter deserve a $141,000-a-year pension just for serving eight years as mayor? Does the school teacher or civil servant deserve a lifetime pension and healthcare for 20 years of employment – particularly if he or she has family money? People who truly need help and support should get it. But those who can afford it shouldn’t. Are we doing enough to fix this? Everyone’s afraid to renege on prior contracts, regardless of how poorly they were negotiated. But renegotiating bad deals is a weekly reality in my business life.

Philadelphia’s income tax rates, according to this 2014 study by the Office of Revenue Analysis of the government of the District of Columbia, are the second highest in the country, behind only Bridgeport, Connecticut. Other cities that made this top-ten list include Detroit, Milwaukee, Baltimore, and Providence – not exactly a group of economic boom towns. High tax environments drive people and businesses with money away. In their replacement comes crime, empty storefronts, lousy schools, and a general decline in living conditions.

Maybe Seattle’s tax increase will fly under the radar screen this time around. And maybe there’s room for a tax increase. But there’s a tipping point, and when that point is reached, the economic effects on a city when the “rich” flee will be devastating. Let’s hope Philadelphia doesn’t make this mistake.