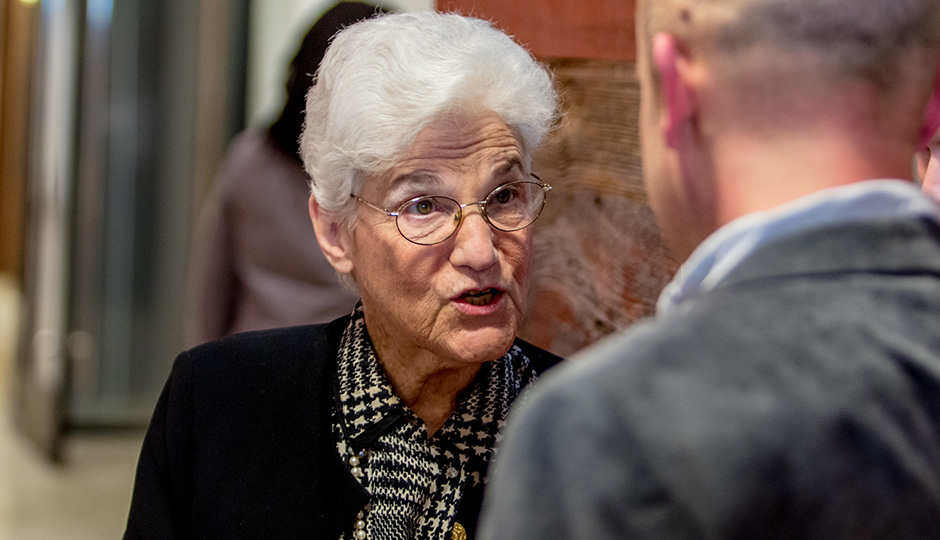 “It’s very demoralizing to work in an office when your leader is ruining the mission of the office,” Abraham said of her successor Williams, who pleaded guilty to federal bribery charges on June 29. “That was an anomaly. We should go back to being the type of office we’ve always been.”

A special commission of judges will convene over the next week to vote on who gets to complete Williams’ term, which concludes in January. And guess what? No more armchair prosecuting – you can apply for the vacant position yourself here!

Abraham – who served as Philly’s DA from 1991 to 2010 – has said that she would not accept a salary if appointed and that her interest in the job is strictly as a “public service.” She does not intend to parlay the appointment into a permanent staff position.

“I think that given events of the past couple of years, the office needs to return to a sense of mission and purpose,” Abraham said.

The last we heard from the 76-year-old was when she collapsed during the first televised debate of the 2015 mayoral election. If Abraham’s age and questionable health isn’t enough to dissuade the judges from accepting her application, what about this clip of her bashing our beloved Broad Street Bullies?