The venomous jellyfish-like creature is known for its painful sting. 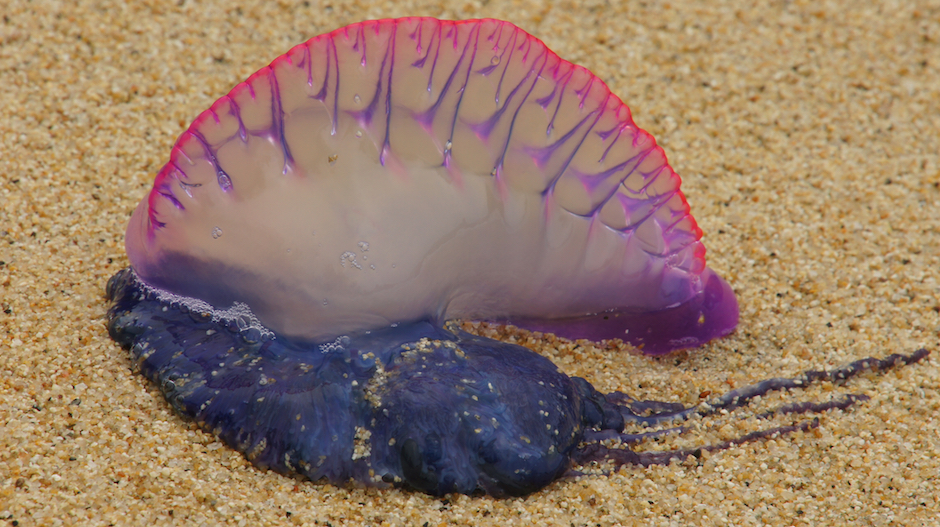 Photo by “Biusch” via Wikimedia Commons

One of the world’s most feared “jellyfish” has washed up at the Jersey Shore.

A Portuguese man-of-war, a venomous creature known for its painful sting, washed up this past Friday at a Harvey Cedar Beach on Long Beach Island, according to NJ.com.

The electric blue and purple animal with tentacles up to 160 feet is a “siphonophore” – an animal made up of a colony of organisms. It’s made its way to South Jersey beaches in previous years. Our own Victor Fiorillo wrote about his run-in with a man-of-war in Atlantic City in 2015 — the year that Harvey Cedars Beach Patrol encountered more than a dozen of them in a three-week span.

man-of-war typically make their way to the area through the Gulf Stream. Patrol teams take them to Montclair State University, where researchers study them and other dangerous jellyfish found nearby.

Anyone who spots a man-of-war should immediately notify beach patrol. Whatever you do, don’t touch it — the creature can sting even after it’s dead.

This article has been updated to identify the man-of-war as a siphonophore, not a jellyfish. While the animal is colloquially known as a jellyfish, the label is technically inaccurate.