Owens: The city's newspapers are giving voice to white insensitivity in Brewerytown. They should focus on how racism affects its victims instead. 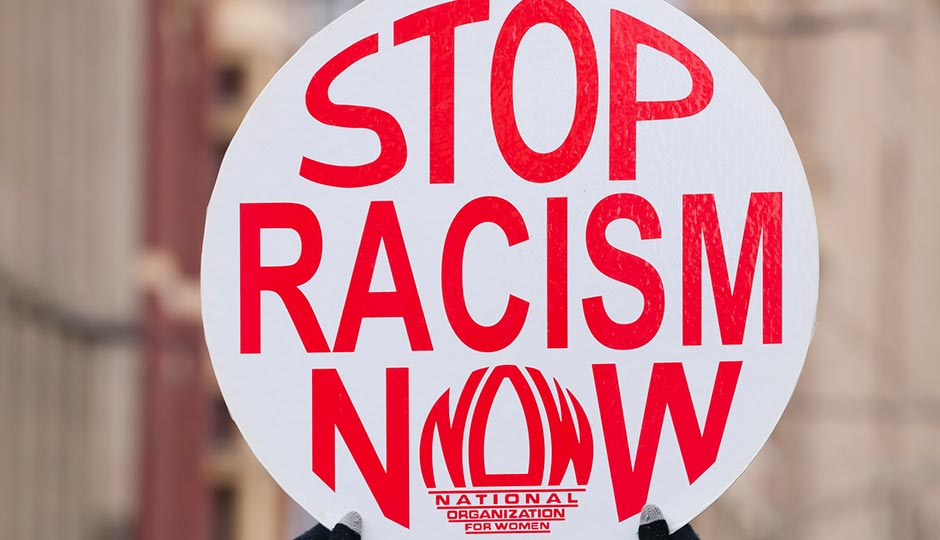 As a black man in Philadelphia, telling me that racists exist in the city is like reminding me that oxygen is in the atmosphere. I don’t need disturbing graphic images to trigger me — I observe it when noticing a white woman clutch her purse as I walk by her in Rittenhouse Square, complying with an embarrassing stop-and-frisk near a SEPTA station, or being asked by security guards for a receipt upon leaving Liberty Place plaza downtown.

But white folks in this town just can’t seem to collectively empathize with these traumatic experiences, regardless of how many books, documentaries, court cases and protests happen as a result. It’s almost as if people of color participate in an endless game of racial-abuse show-and-tell when debating whether racism is still alive and well in this city.

Over the past few weeks, a few well-reported cases of blatant racism have gotten the city talking. I italicize the phrase blatant racism because these are the sort of incidents that white folks deem indefensible enough to be outraged by — the aforementioned experiences I discussed could easily be dismissed as “misunderstandings” or “lapses in judgment.” Trust me, I’ve spoken to too many of my white peers who were quick to make excuses for each of these incidents — either defending stop-and-frisk or referencing false crime statistics to justify the situation.

However, when news broke that Philly last week had experienced two separate cases of nooses being found in a federal work space and outside a Center City hospital, my timeline was filled with white outcry that such an atrocity was taking place in 2017. Just the week before, there was outrage by the same people over white Philadelphians disparagingly defending gentrification by stating that “whites make Brewerytown better” in letters to the editor of the Philadelphia Inquirer. The Inky inflated the controversy by continuing to act as though racism in Philly was a phenomenon “worth discussing.” The Daily News even went so far as to give readers an unnecessary glimpse into the mind of one of those offensive commenters who stated that “blacks have been doing this in white neighborhoods for years and, for the most part, ruining those areas.”

Instead of explaining how racist some of these commenters were, the publication should have provided more context about how such clashes over gentrification arise — rather than just stating the obvious. For instance, it could have explored the effects of rising rents on longtime residents in Brewerytown, or the history of race relations in the neighborhood.

It should be no surprise that racist beliefs are held in a state that helped elect a president who once cautioned that Mexicans are “rapists” and Muslims should be banned. It should be even more disappointing that this predominately white newsroom allowed such toxic ideas to be spotlighted in a city whose population is a majority of color.

And yet the shock value of racism in our local press didn’t stop there this week, as the Daily News carried on with its antics by leaving out the mugshot of a white perpetrator in the print version of a story by Helen Ubiñas about a white man near Temple University who was severely injured. This editorial mishap led to racist commenters assuming that the culprit was black. This omission then inspired another worn-out dramatization of the vile hate spewed by white readers as the the publication tried to analyze how it once again screwed up. The publication could have just noted the error in a correction and moved on, instead of turning this into more “teachable moment” clickbait.

Two recent glaring errors in the press surrounding race relations in our city shouldn’t be taken lightly. Racism in Philly is often sensationalized in a way that doesn’t consider its impacts on people of color, but instead focuses on the white people who perpetuate it. Often, the only way this city discusses racism is through the lens of white folks in powerful positions, who are usually most concerned with merely measuring the latest racist incident’s intensity.

For example, it took a viral video of a Gayborhood bar owner referring to a former employee as a “nigger” repeatedly for our city government to finally release a public statement condemning racism in the LGBTQ community. This came after several months of people of color in the community sharing their experiences of racism and being ignored. It often requires a smoking gun, especially video, for white folks to believe that something improper is taking place.

And what cost does this have on our sanity? People of color must repeatedly undergo exhausting mental tests just to prove that our own distress and mistreatment are real. Rather than simply taking our word for it, white folks require us to provide proof — only for them to later decide whether it’s worthy enough to be considered. But that is a form of racism in and of itself — the power of one race to define the experience of another.

These tone-deaf situations wouldn’t be as infuriating if they weren’t being presented as solutions-based responses that are actually more counterproductive than anything else. What the Inquirer and Daily News have done is attempt to tackle an issue that they’ve shown no true maturity on, instead amplifying white insensitivity beyond reason. I personally don’t need to hear another bigoted explanation about why white people are unnecessarily threatened by my mere existence. I would rather see more people of color be given the opportunity to challenge the status quo that is white privilege in our newsrooms and government.

If Philly is truly serious about combating racism in our communities, the effort should be led by those who are the most impacted by it — people of color, and black people in particular, who have more to bring to the table than late government responses and redundant editorial apologies.