The 52-year-old victim was pronounced dead at a lot next to the Packer Marine Terminal. 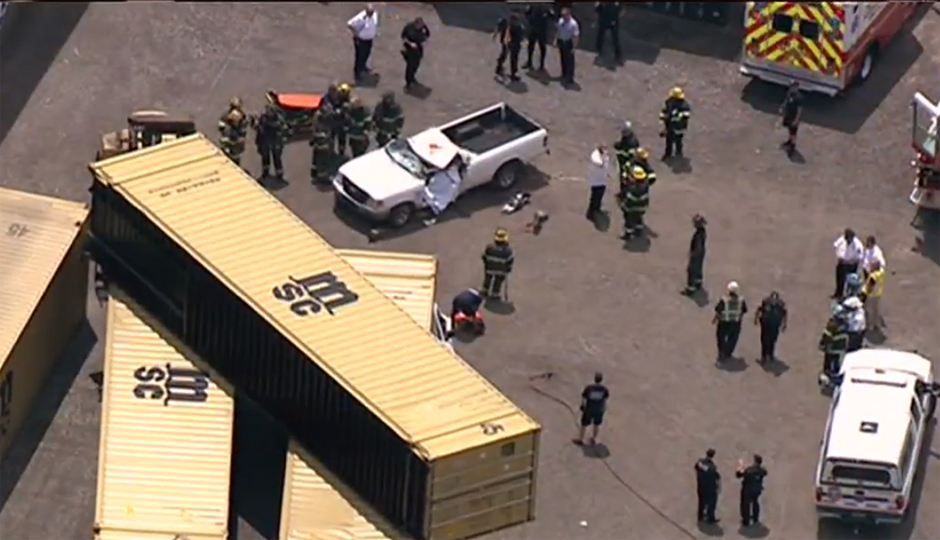 A 52-year-old man was killed Monday afternoon after a shipping container fell on top of his truck at a port in South Philly, police say.

“As far as we know, it sounds like a stack of containers was unfortunately knocked over by a piece of yard equipment and one landed on a truck containing the deceased,” Iannarelli says.

The victim, who police have not yet identified, was pronounced dead at the scene at 12:35 p.m. The incident remains under investigation.

Greenwich Terminals, the operator of the Publicker Property, had no comment on the death.