OPINION: “Philadelphia Assembled” Is No Template for a Modern City

Jeanne van Heeswijk has managed to reach back into time and revive the ’60s counterculture, albeit infused with 2017 issues. As nostalgia this sounds like great fun, but as politics it’s more like a cultural Marxism spill. 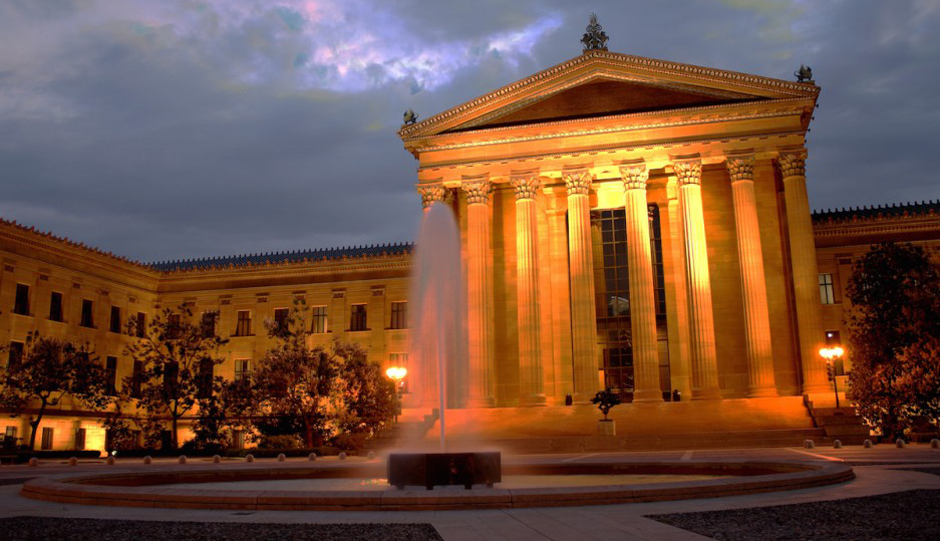 If the times were a-changing in the 1960s, the cosmic speedometer has so accelerated that the times have already been transformed.

I’m talking about “Philadelphia Assembled,” a two-year “art” project sponsored by the Philadelphia Museum of Art that’s now in its second year, in which Dutch artist Jeanne van Heeswijk’s ideas about community and Philadelphia’s future have been given a world stage — thanks mainly to Carlos Basualdo, curator of contemporary art at PMA, who invited van Heeswijk to Philadelphia.

As art exhibitions go, it offers few physical installations. Instead there are workshops, teach-ins, readings, and a community meal or two related to particular social issue, such as mass incarceration.

The descriptions of some Assembled events read like ads in a yoga magazine. “Practices that ground movements,” for instance, is “an invitation to slow down in the midst of urgency and crises,” because “to linger in those layers of people’s lives where spirit is in reach. Where we can glimpse the liberated worlds we’re building.”

But are “all of us” really building the same liberated worlds?

The assortment of actions, workshops, performances, lectures. and panel discussions taking place all over the city at different venues is like an Alice’s Restaurant of menu choices, with plenty of Jane Fonda/Susan Sontag spice plus a dash of Womyn’s Rights, Reproduction Rights, Black Lives Matter, a kumbalaya of Earth Day and “spirit” intonations ending with a capstone physical art exhibition this fall in PMA’s Perleman Building where, presumably, Ira Einhorn will not be in attendance.

Jeanne van Heeswijk has managed to reach back into time and revive the ’60s counterculture, albeit infused with 2017 issues like sanctuary city incentives (illegal immigration gets a thumbs up), an ICE protest, and a workshop on how to maintain a politically radical point of view while simultaneously maintaining a pleasant smile and a healthy diet. (You can do that with a drink of whole raw milk, apples, and honey mixed up in a blender to be shared with “people you love.”)

As nostalgia this sounds like great fun, but as politics it is more like a cultural Marxism spill, especially with workshops titled “Facilitation in our Movements for Justice,” which to me sounds like a how-to course in dressing up in guerrilla face bandanas.

In 2016, Philadelphia Assembled offered the Peoples Inauguration and a workshop for demonstrators who planned to attend the DNC. The big mystery here of course is how Philadelphia’s big Greek Temple on the Parkway shimmied down into the messy grassroots and consented to sponsor such a highly biased political extravaganza. Was no thought given to how that iconic PMA arbiter of culture and taste, Henry Plumer McIlhenny, who died in 1986, might be rolling in his grave?

Tom Wolfe’s masterful critique of modern art, The Painted Word (1975), condemned much of the abstract phoniness and meaningless in that world, but what it did not anticipate, I don’t think, was its merger with a leftist political landscape.

Jeanne van Heeswijk may be a Dutch version of Jane Jacobs and know something about the vagaries of urban renewal, but overall Philadelphia Assembled includes much that is problematic that cannot be fixed with a hug or a nice community meal.

It is in Amsterdam, after all, where one can see the most besotted migrant neighborhoods that surround that city’s touristy beautiful downtown, so if van Heeswijk’s vision for Philadelphia has an Amsterdam template, there’s trouble ahead for the Quaker City.

The artist asks: “How do people celebrate? How do people deal with their rage? How do they then come to the light?” How does one answer such questions? People are different. Some people show their rage by setting off fireworks when its not the 4th of July, while others flip the bird a hundred times a day and still others opt for violence. These stories are anything but nice.

There have been some great events at Philadelphia Assembled, like the panel discussion that took place in the Paul Robeson House, and more are planned, like the Dad/a presentations (in the fall) in which fathers will read poems about fathering. Not all the “Alice’ appetizers are bad, even if the main entrée falls flat.