Police said the 41-year-old driver is being detained under the suspicion of driving under the influence.

A man driving a U-Haul truck plowed into a store at the Piazza at Schmidt’s in Northern Liberities this afternoon – and then proceeded to run away.

The driver, who police said is a 41-year-old man, crashed into the Urban Village Brewing Company at 1001 N. 2nd St. around 1 p.m., according to police.

John Awad, who was driving nearby when the crash occurred, captured footage of the U-Haul driver attempting to run away right after plowing into the restaurant.

When people attempted to approach the driver, he ran northbound on 2nd Street. Awad said several neighbors restrained him outside El Camino, a restaurant across the street.

Police say the U-Haul driver is being detained under the suspicion of driving under the influence and is currently in custody. He was transported to Hahnemann University Hospital for a possible leg injury, according to a PPD spokesman. 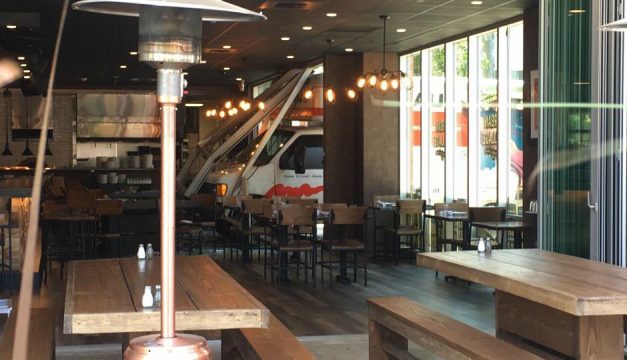 Marisa Rebecca, who was in the car with Awad at the time of the crash, said “everybody was just in shock.” Awad said the damage to the restaurant “looks pretty bad.”

“The truck’s in there,” Awad said. “There’s gotta be enough damage to total one of those cars. There’s a Buick that’s embedded into a pole.”

Tom Revelli, one of the storeowners, said the crash shattered several tall windows and that “there’s a lot of broken glass everywhere.”