Kruk: Phillies Almost Traded for a Hall of Famer in 1993

How would the addition of flamethrower Randy Johnson have affected the World Series? 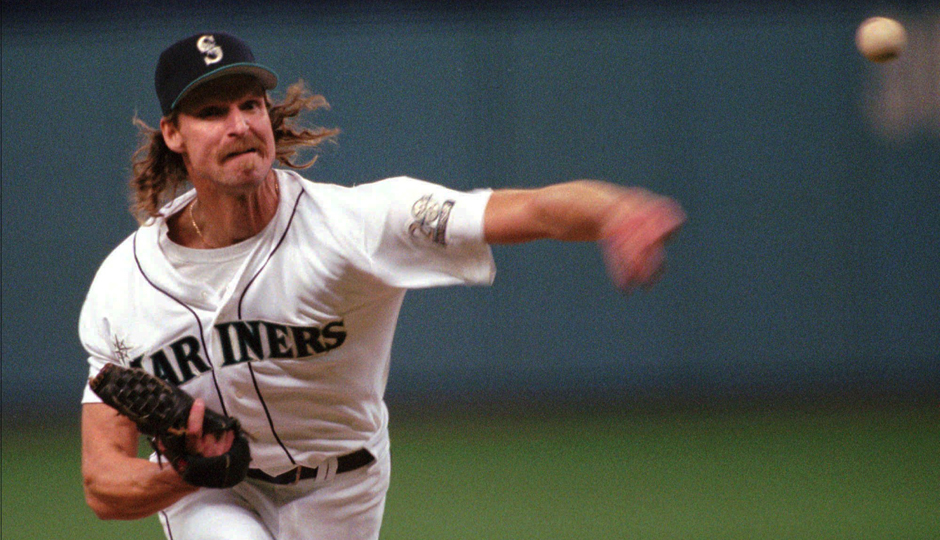 Who knows what would’ve happened if there was a Game 7 in Toronto in 1993. It ultimately wasn’t in the cards, although it’s very possible that our Phillies could have ended up with a World Series championship in each of the past three decades had they pulled off a deadline deal that broadcaster (and then-first baseman) John Kruk mentioned on-air during Sunday’s game against the Arizona Diamondbacks.

I have heard him tell that story. The players left one night convinced he was coming.

Following up on this on Postgame show, Kruk said Leiberthal was sticking point in trade talks. 'I like Lieby, but I like Randy Johnson more' https://t.co/9lfQPgs8GF

Randy Johnson was one of baseball’s most imposing figures at the time, standing at nearly 7 feet tall and possessing a blazing fastball as nasty as his trademark mullet. Tossing over 300 strikeouts, Johnson placed second in voting for the American League Cy Young award following his breakout season in ‘93.

No pitcher during that era was as intimidating as “The Big Unit” on the mound, a fact never more evident than when Kruk stepped into the batter’s box to face him at that year’s All-Star Game and hoped to leave with his life intact: 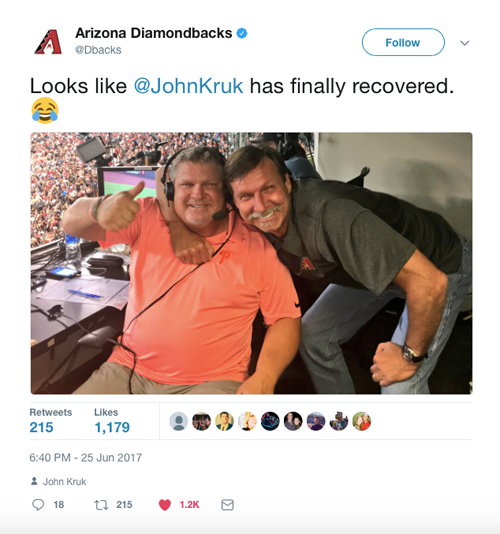 Johnson of course was never traded in ‘93 and he ended up sticking around Seattle for a few seasons more. The Mariners shipped him off to Houston in 1998, and after a brief stint with the Astros, he formed a dynamic duo at the top of the rotation with former Phillies ace Curt Schilling in Arizona. The Big Unit went on to win a World Series ring with Schill and the Diamondbacks in 2001, but could they have first won a title together eight years earlier in Philadelphia?

The addition of a talented pitcher like Randy Johnson would have been certain to push the Phillies past the loaded Blue Jays in that fateful 1993 Fall Classic. Assuming that Schilling and Terry Mulholland would remain in the playoff rotation, manager Jim Fregosi would have bumped either Danny Jackson or Tommy Greene to make room for Johnson.

Jackson was the World Series vet, winning in both 1985 and 1990, but he got rocked (along with every other Phillies pitcher) in a lopsided 10-3 loss in Game 3 at the Vet. Greene matched Schilling for the most wins on the team in ‘93, but he gave up seven runs in just three innings of work during Game 4 the next night. It’s safe to say the Phillies would’ve fared much better if Johnson started either game.

Even if you don’t want to easily hand the Phils those wins, fine. What about Johnson’s penchant for gutsy performances in relief? Would Mitch Williams have even gotten the call in Game 6 with Randy Johnson up in the bullpen and ready to throw his heater? (Swing and a miss, Joe Carter).

Unfortunately we’ll never know, and all we’re left with are painful memories and images like this. While it’s fun to think about what could’ve been with Johnson anchoring the ‘93 Phillies rotation, let’s instead focus on what the Phils can do to miraculously reach the World Series within the next three seasons and keep our streak of appearances in each decade since the ‘80s alive.