The Best Thing That Happened This Week: Yadier Molina’s Moment of Grace

An old head does a rookie a solid. 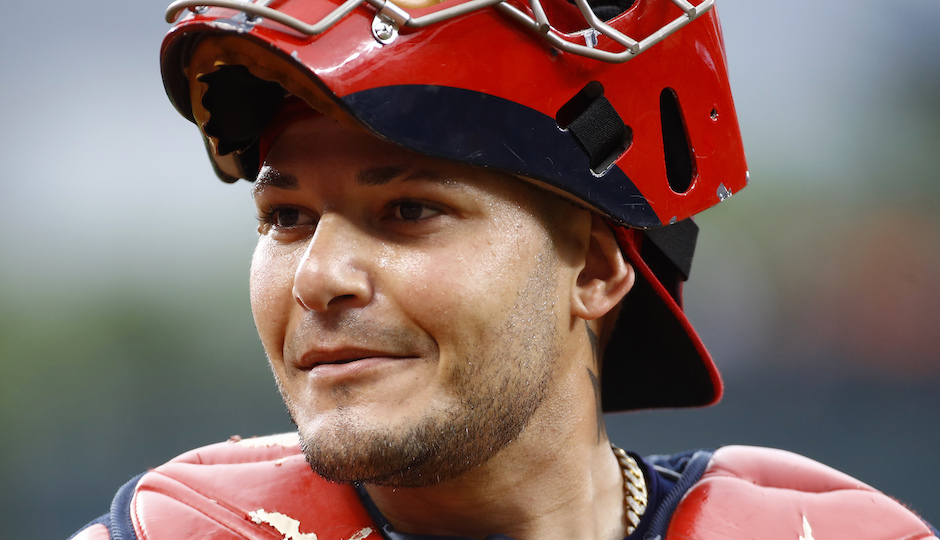 Baseball these days is all about the numbers. We can’t even keep the abbreviations straight: ISO? wOBA? BAPIP? WTF. But sometimes, in between the gobbledygook, the game breaks through. It happened Tuesday night when the Phils were playing the Cardinals. Thirteen-year veteran Yadier Molina—two-time World Series champ, one of the greatest defensive catchers ever to play the game—was behind the plate in the 10th inning when newbie Phillie Cameron Perkins stepped up to pinch-hit in his first-ever Major League at-bat. And what did Molina do? Took the time to walk around in front of the plate and pretend to attend to a little housekeeping, just to give Perkins a few extra seconds to savor the moment. “Getting to hit up there and Yadi telling me congratulations,” Perkins said afterward, “I couldn’t think of a better catcher that I grew up looking up to. I think I called him ‘sir’ by accident. … It was definitely one of my top life moments.” So what if Perkins then flied out? So what if the Cards exploded in the 11th, scoring seven runs for an 8-1 win? There’s no abbreviation for what Molina did, but you have to love it just the same.