It will give a commission power to issue cease-operations orders to businesses that discriminate. 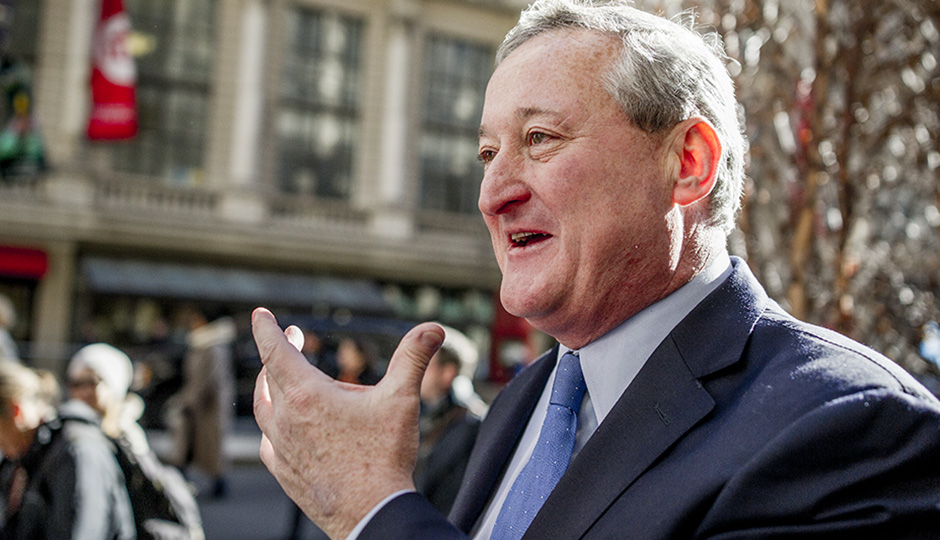 After unanimously passing out of City Council in May, today Mayor Jim Kenney will sign into law an anti-discrimination bill introduced by Councilman Derek Green that would strengthen penalties against Philadelphia businesses found to discriminate against their employees, tenants or customers.

“This legislation this is a great capstone to our city’s Pride month, where we have already made strides with a more inclusive new Pride flag,” said Green, who proposed the bill back in 2016 after reading about various complaints of racism in the Gayborhood. “These changes are just another example that the city will not tolerate discrimination … it’s a continuation of non-discrimination legislation that goes back decades from City Council. Incidents of racial discrimination in the LGBTQ community inspired me to propose this bill. … Once it’s signed, we cannot rest on our laurels.”

“We should all be able to explore, enjoy and thrive in this beautiful city regardless of what we wear, who we love, or how we express ourselves,” said Amber Hikes, executive director of the Mayor’s Office of LGBT Affairs. “City Council’s unanimous vote on this ordinance is a signal to all, but especially to our businesses in the LGBTQ community: Change is here, progress will not be stopped, and greater inclusion and diversity are the future of this city. The Philadelphia Office of LGBT Affairs wholeheartedly supports Councilman Green’s bill and any measures to protect, affirm and support all LGBTQ Philadelphians from discrimination.”

In a previous interview with G Philly describing the bill, Rue Landau, executive director of the Philadelphia Commission on Human Relations, said: “The law gives the commission the authority to order a business to cease operations for a period of time when the commission has issued a finding that the business has engaged in severe or repeated violations of the [Fair Practices] Ordinance and it has not tried to resolve the case by mediation or settlement. … This remedy is squarely in line with the enforcement mechanisms already vested with the commission in the Fair Practices Ordinance.” The actions that qualify as discrimination under the law are defined by the city here.

Landau said the bill would only be implemented under egregious circumstances and after a full hearing by the commissioners. “The law sends a strong message to businesses that this city will not tolerate discrimination, and will use any tools necessary to combat it so that we can ensure that Philadelphia is a safe and equitable place for everyone to live, work and visit.”

Kenney will sign Green’s proposed bill and an anti-ethnic intimidation bill introduced by Councilman Kenyatta Johnson at 2 p.m. at the mayor’s reception room at City Hall. Landau and Hikes will also be in attendance and provide remarks.