Panhandlers, whether on or off drugs, sometimes just need something to eat. 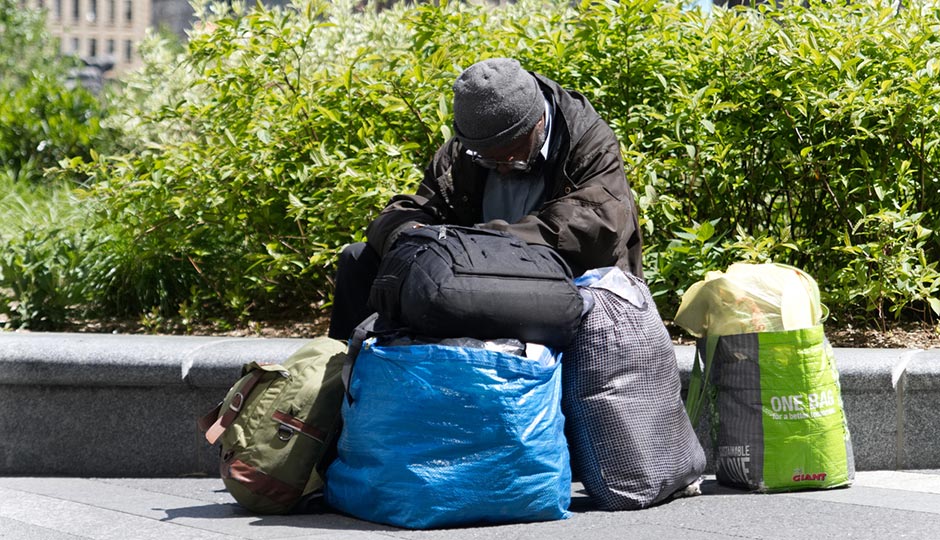 Mayor Jim Kenney, fresh from his Icelandic holiday, made the suggestion earlier this week that Philadelphians stop giving cash to (homeless) panhandlers — which he contends is helping to fuel the city’s opioid epidemic — and instead donate $5 by texting the word “Share” to 80077. The donated money would then be directed into the Mayor’s Fund to End Homelessness and matched by the city’s Office of Homeless Services.

This sterile, hands-off method of helping the homeless has a (cold) Icelandic feel to it. It seems to absolve all personal responsibility: “Just say no,” as Nancy Reagan once quipped, and walk away from that panhandler with the dirty hands. But if all Philadelphians followed the mayor’s suggestion, it would just make panhandlers more desperate and almost certainly increase thefts from local convenience stores. Panhandlers, whether on or off drugs, sometimes just need something to eat.

The mayor’s suggestion made me wonder if perhaps he had learned something new about the homeless (and panhandling) during his vacation in Iceland. In 2004 the number of homeless people in Iceland was put at 45 to 50 people, with those low numbers increasing somewhat recently but still worlds away from Philadelphia’s shocking homeless statistics. (According to Project HOME, as many as 1,000 people live completely unsheltered in the city, depending on the season, and thousands more are in and out of dedicated shelters.) Certainly the cold weather has something to do with Iceland’s minuscule homeless population, but the small numbers have also been attributed to the fact that homeless shelters there are not meant to be permanent homes, but revolving-door spaces — there’s always room for other homeless person to come in off the streets.

In 2016, the city felt it had the solution to to panhandling problem when it began issuing citations (fines) to public beggars. This was big news among the homeless who ask for money at my local Wawa. The police were issuing $35 tickets to men who couldn’t even afford a soft pretzel or a cup of coffee. I spoke with several men then who told me that they tore up the citations and put them in Wawa’s recycling bin. ”How can we pay this when we have no money?” they said. When the $35 citation blitz finally subsided, the cat-and-mouse game between police and homeless resumed, but it was never consistent — some officers ignored the panhandlers while others issued walking orders to every panhandler in sight.

This is not to say that I reject all official attempts to deal with the issue. I support SEPTA’s recent decision to crack down on “preacher style” panhandlers on the city’s already too crowded subway and Frankford El trains. Drawing the line at panhandling on trains was necessary given the conditions — one cannot have standing commuters and caravans of baby strollers competing with processions of people asking for money. On a practical level, there just isn’t room for everybody.

But the mayor’s new solution troubles me because of the potential, in the world of Kenney Speak (and the soda tax), to morph into something “official” later on. Who knows what that might be, but I suspect some surprise panhandling tax is being worked out somewhere in City Hall.

While the city’s opioid crisis needs fixing, it needs fixing at a point long before addicts are forced to resort to panhandling. Panhandling, after all, is usually the end-stage behavior of serious addiction. Tweeting a donation to a city agency is a superficial fix: Whatever benefit it promises to those in need, much of it will most likely be lost in overhead and personnel costs — the endless bureaucracy of so-called charitable giving — not to mention the potential financial “losses” of all those tweet donations, given the city’s legendary tendency to mismanage funds.

People give to street people for a variety of reasons. One reason is that it makes them feel good to do so. Hearing a needy person say “thank you,’ whether they are on drugs or not, is a far cry from tweeting a donation to an impersonal city agency that may only be “panhandling” on the down-low.