Check Out Dr. Seuss’s “Unorthodox Taxidermy” Down the Shore This Weekend. 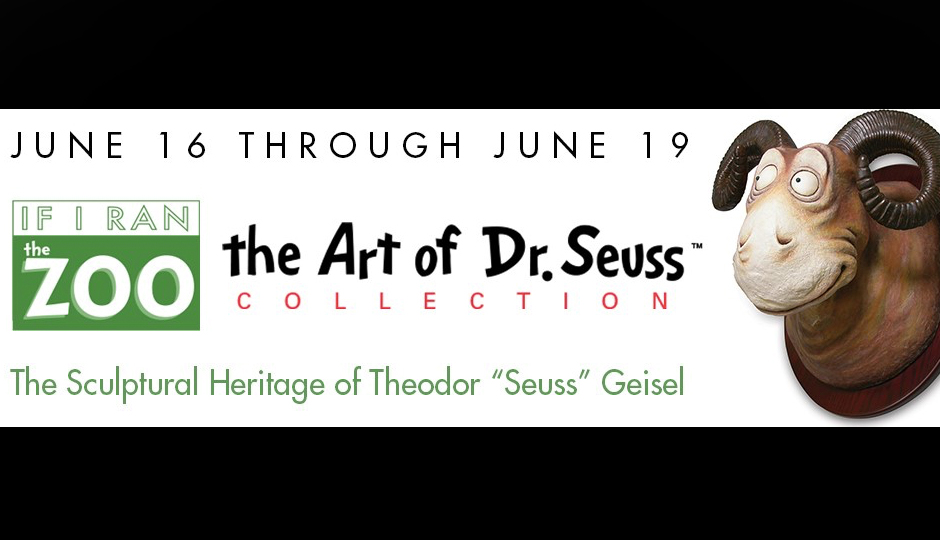 When you see an illustration by Theodor Geisel – known best by his pseudonym Dr. Seuss – there’s no mistaking it. Seuss’s work possesses its own inimitable style that has the uncanny ability to transport you instantly back to childhood when you see it.

A little known fact about the good Doctor (who wasn’t actually a doctor, of course) is that he had a secret passion: crafting whimsical three-dimensional art in his spare time. It’s been 80 years since Dr. Seuss produced what he called his largely unseen “Collection of Unorthodox Taxidermy” – which is now on display at Ocean Galleries in Stone Harbor through Monday.

“Originally created in the 1930s during Ted Geisel’s most prolific sculpting phase, Dr. Seuss’s little-known collection of taxidermy rivals some of the hippest postmodern sculpture on the art scene today,” Jeff Schuffman, the collection’s curator, said in a relase. “Without question, the Unorthodox Taxidermy is a gem of Dr. Seuss’s career, and the authorized estate editions have become one of the most exciting and collectible elements of his entire artistic legacy. Kudos to those who have recognized these avant-garde creations as important and substantial artistic contributions from one of the world’s most important literary icons.”

Ocean Galleries says the collection “spotlights the fascinating correlations between [Seuss’s] two-dimensional artworks and three-dimensional sculpture.” The 17 taxidermy pieces (with names like The Carbonic Walrus, The Two-Horned Drouberhannis and The Goo-Goo-Eyed Tasmanian Wolghast) were kept hidden at Dr. Seuss’s estate along with his other side projects.

But the beloved author secretly longed to be recognized as a serious artist, granting permission to his wife to release his more personal works to the public after his passing.

The Shore gallery’s “If I Ran the Zoo” exhibit runs from June 16-19 and also features works from Dr. Seuss’s most well known books as well as his own private collection of paintings. Some of the pieces are even available for purchase.

“We are proud to provide our community with a rare opportunity to view and learn about the artistic legacy of Theodor Seuss Geisel, one of the most significant American icons of our time,” Ocean Galleries owner Kim Miller said in a release.

You can see more of Dr. Seuss’s taxidermy here.