It’s been over 30 years since the Cubs called up the former Phillies pitcher in 1986. 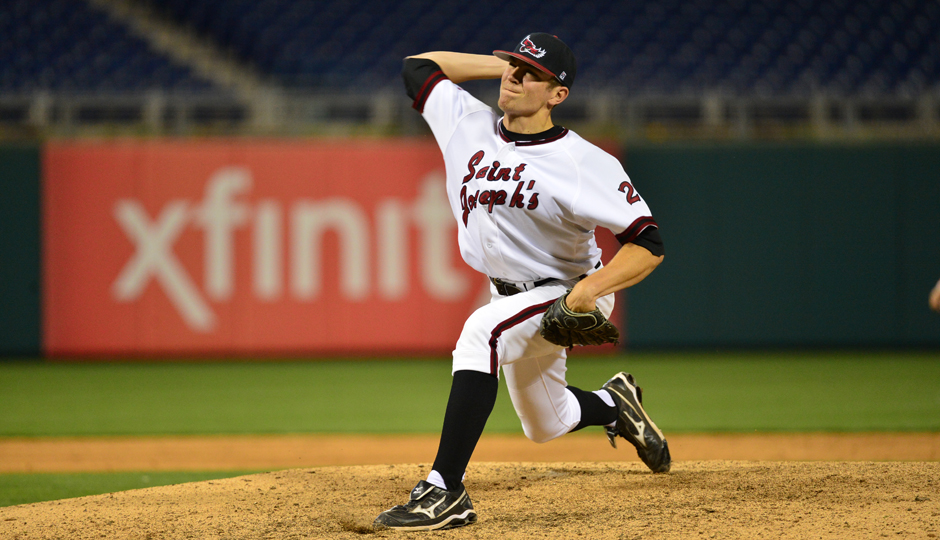 When Baltimore Orioles reliever Jimmy Yacabonis dug in and threw his first pitch as a Major Leaguer on Sunday, he became the first St. Joe’s University product to make his big league debut since former Phillie Jamie Moyer in 1986.

“We’re thrilled for Jimmy on his promotion and in becoming just the third Hawk to reach the Major Leagues,” Joe Greenwich, SJU’s Assistant Director of Athletic Communications, tells Philly Mag. “His achievement is a source of pride for him, his family, and all of us associated with the Saint Joseph’s baseball program.”

Yacabonis, a 13th round pick in the 2013 MLB Draft, had a rough first outing pitching at Yankee Stadium. He gave up two hits (including a home run to rookie phenom Aaron Judge) that yielded four earned runs in one inning of work. The Matawan, New Jersey native bounced back in his second appearance on Tuesday in Chicago, tossing two scoreless innings against the White Sox. 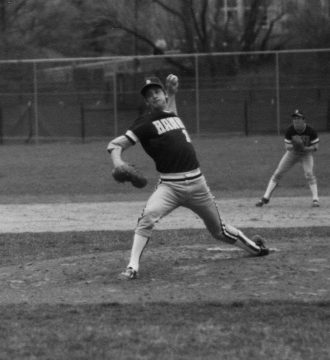 The first Hawk to play pro ball was Fritz Henrich, an outfielder who was active in 36 games for the 1924 Phillies – way before Moyer’s call-up with the Chicago Cubs. Moyer fared a little better than Yacabonis in his first game as a Major Leaguer, earning the win against Steve Carlton and the Phils more than 30 years ago.

Interestingly enough, another St. Joe’s grad played in the MLB – Al Travers pitched one game for the Detroit Tigers in 1912 – although the school doesn’t count him as one of their big leaguers because he was never a member of the Hawks baseball team.

Yacabonis recorded 10 saves on Hawk Hill in 2013 – a school record – on his way to earning Second Team Atlantic 10 All-Conference and All-Big 5 Baseball honors.

Another Hawk may soon join Yacabonis in the majors: Junior catcher Deon Stafford, Jr. was selected by the Pittsburgh Pirates in the fifth round of the 2017 MLB Draft on Tuesday.