The Pennsylvania League of Women Voters wants the Commonwealth Court to toss the 2011 district map, which they claim gives Republicans a significant advantage. 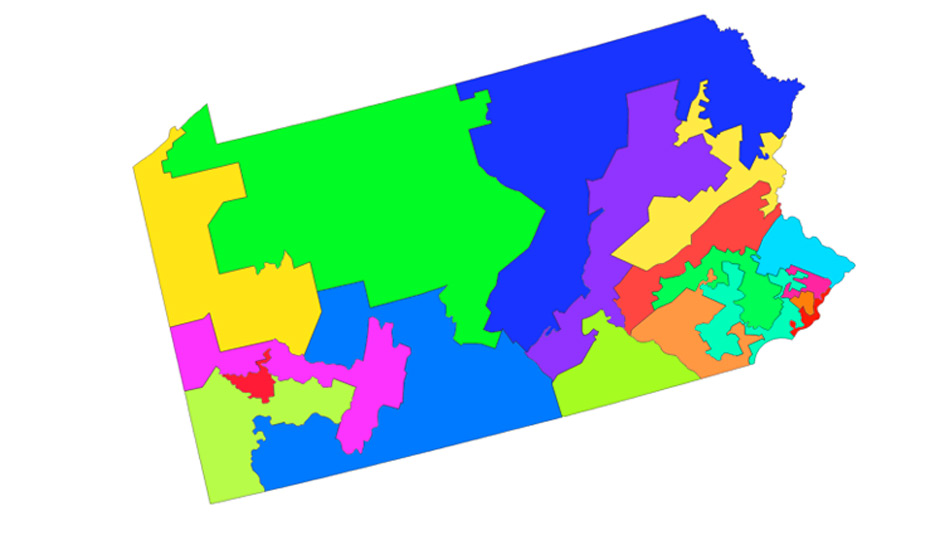 The Pennsylvania League of Women Voters and 17 individual voters are behind the complaint. They claim that the state’s congressional district map was created in 2011 “with the goal of maximizing the political advantage of Republican voters and minimizing the representation rights of Democratic voters.”

Redistricting happens every 10 years – after each U.S. census. Unlike the guidelines for drawing the boundaries of state House and Senate districts (the Pa. Constitution requires that state legislative districts are compact and municipalities are not divided unless necessary), there are no precise rules that Pa. legislators are required to follow when drafting congressional districts – outside of the Constitution, which requires districts to have roughly the same number of people. The result is that legislators tend to “gerrymander,” or manipulate maps to give certain parties more sway.

The New York-based Brennan Center for Justice, a non-partisan public policy and law institute, lists Pennsylvania as among the top three states with congressional maps that show the “most extreme levels of partisan bias.” In the years since the map was adopted, Republican candidates have held onto 13 of the 18 seats in the U.S. House of Representatives (slightly less than 75 percent), even after elections that won them just about half the statewide congressional vote.

The lawsuit accuses Republican legislators of gerrymandering in their creation of the 2011 map and calls the process “one of the greatest threats to American democracy today.” The plaintiffs have asked the court to declare the map unconstitutional and invalid.

A spokesman for Gov. Tom Wolf, who is listed as a defendant in the lawsuit, did not immediately respond to a request for comment.

Similar lawsuits have been filed in other states. One Supreme Court case, Gill v. Whitford, is drawing attention for its potential to “set the stage for challenges to around half a dozen congressional maps that exhibit extreme partisan bias,” according to the Brennan Center for Justice.