On the heels of Wildwood proper's smoking ban last month, North Wildwood will also prohibit cigs on the boardwalk in 2018. 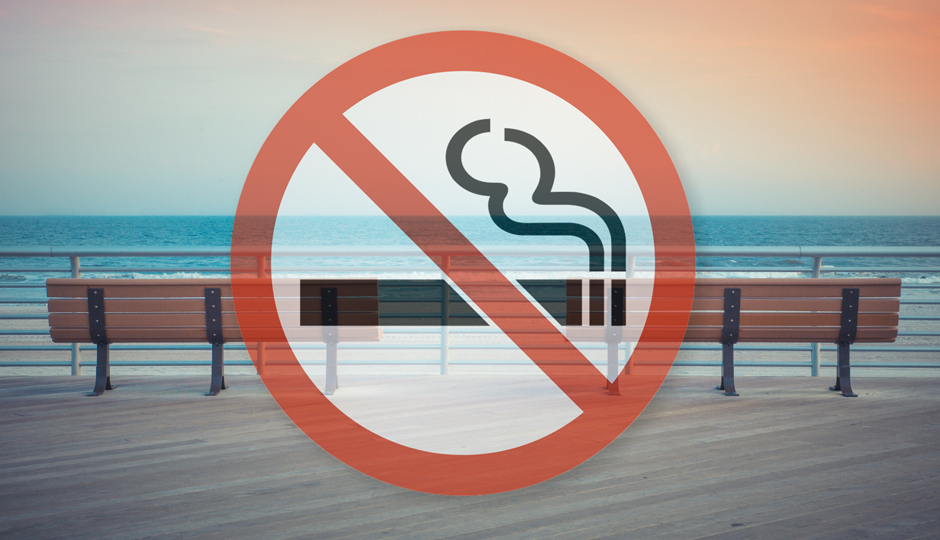 Taking a cue from its neighbor directly to the south, North Wildwood city council recently adopted an ordinance that prohibits smoking on the Jersey Shore town’s own boardwalk – including all stairs and ramps. The ban, which passed unanimously and has since received final approval, goes into effect Jan. 1, 2018.

North Wildwood Mayor Patrick Rosenello tells Philly Mag that the legislation was drafted in response a request from the Wildwoods Boardwalk Special Improvement District to improve both public safety and health.

“Pretty much on a weekly basis we’re putting out small fires that were caused by discarded cigarettes along the boardwalk,” Rosenello says. “On the wood itself, trash cans, underbrush – you name it. Luckily the fires have never turned into anything major.”

Rosenello says the main audience for the boardwalk is of course children, and the boardwalk property owners felt that the ban was appropriate to curb secondhand smoke and protect the kids.

Beginning next year, smoking will be forbidden on the boardwalk from 16th Street in North Wildwood to Cresse Avenue in Wildwood proper. Ocean City banned smoking on its boardwalk in 2014 and Ocean City, Maryland did the same the following year.

“We feel that the smoking ban helps keep things consistent with the other top boardwalks in the Mid-Atlantic region,” Rosenello says.

While violators could face possible jail time in Wildwood, a series of fines are the only penalty if you’re caught lighting up on the North Wildwood boards. City officials tell Philly Mag that offenders will face a fine “not less than $250 for the first offense, $500 for the second offense and $1000 for each subsequent offense.”

The city plans to use this summer to raise awareness of the impending ban by posting “No Smoking” signs in soon-to-be prohibited areas and politely requesting that smokers take their drags off the boardwalk to get in the habit.