Doc says the 1982-83 NBA champs had the versatility to overcome the Warriors’ knack for scoring. 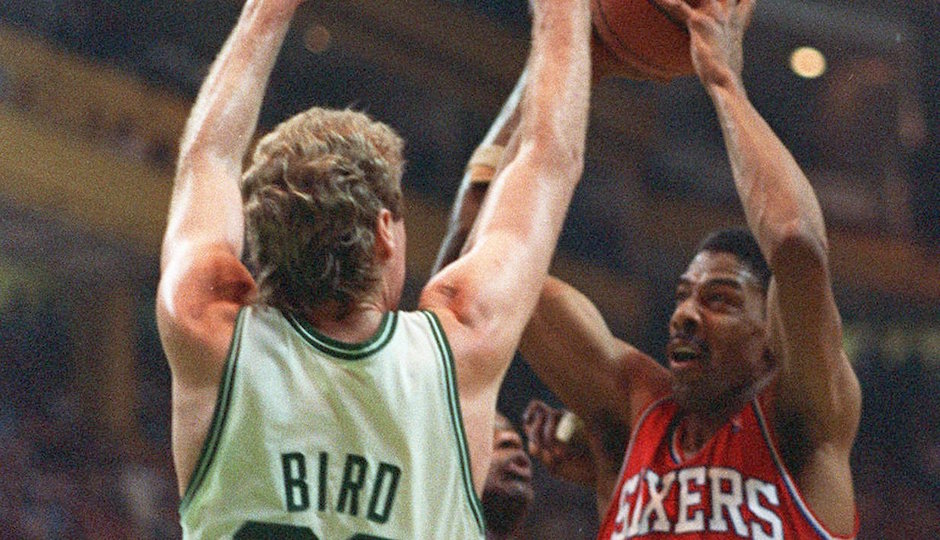 After Magic Johnson confidently bragged that his “Showtime” Lakers of the 1980s would sweep today’s Golden State Warriors (who hold a commanding 3-0 lead over LeBron James and the Cleveland Cavaliers in the NBA Finals), Doctor J couldn’t help but think that his old rival may be right.

Of course to Julius Erving, his Sixers were just as mighty as their frequent Western Conference foes despite losing two out of three Finals matchups against them. But that one decisive series win, a sweep in 1982-83, is all Doc needs for validation.

The Doctor knows that his championship team was one of the best in NBA history, and he too is willing to wager that they’d take down the league’s current top dog. (Yes, the Cavs are defending champs – but don’t forget the Warriors have been favored in this Finals.)

“When you have a team with the makeup of our team back then, we could play slow, we could play fast,” Erving said Wednesday on ESPN LA 710’s morning show. “Moses [Malone] was such a dominant force. I have visions of him grabbing the rebound a few times and taking it coast to coast.”

Malone was a total beast in the 1983 playoffs, averaging 26 points and just under 16 rebounds a game in his first season with the 76ers. He was the missing piece that the Sixers needed to get over the hump, and he would likely be the x-factor in any hypothetical series against a Warriors team that struggles with rebounding.

“You know we had four centers, four guards and four forwards, so a lot of the parts were interchangeable,” Erving said. “We had a guy like Bobby Jones coming off the bench.”

Yes, the 1982-83 Sixers’ roster was pretty impressive. It had many memorable players, but were those guys collectively as skilled as Golden State’s super trio of Steph Curry, Kevin Durant and Klay Thompson? It’s hard to definitively say with how differently the game is played today.

Ah, the old “our coach would’ve helped us find a way” line. You’ve got to respect Julius’ homerism here, which if we’re being honest is really what his entire argument is based on. And we can’t blame him. We’d love to think that our Sixers of the past could keep up with a modern day juggernaut, but who knows?

The only way we’d come close to finding out is if someone created a Rocky Balboa-esque video game simulation. The Sixers do have their own eSports team, maybe they could help us out?