Here's what they say the now-former PHL 17 reporter did after that Helium video ended. 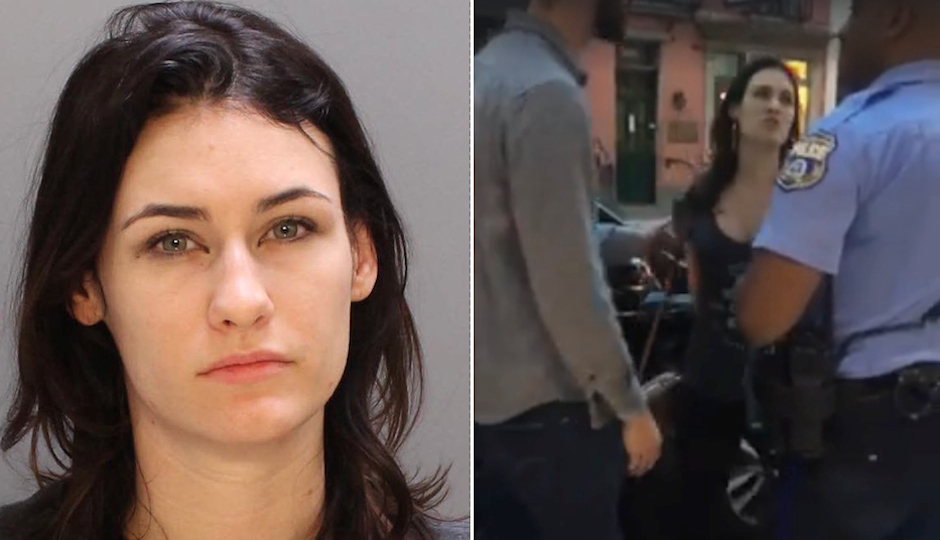 Left: Colleen Campbell in a Philadelphia Police Department photo. Right: A screengrab from the viral video taken outside of Helium Comedy Club on Sunday night.

By now, you’re probably familiar with the viral video of since-fired PHL 17 reporter Colleen Campbell ranting and raving and getting arrested outside of Helium Comedy Club on Sunday night. Earlier, we told you that the 28-year-old South Philadelphia woman had been charged with resisting arrest, criminal mischief, and disorderly conduct, but now the Philadelphia Police Department is saying that it’s worse than we originally thought.

According to a police statement about the incident, shortly after the calm, cool, and collected cop who responded to the scene led her away in cuffs and the video stopped, Campbell, a recent Temple University graduate, allegedly assaulted him. Police say that she kicked him repeatedly and also kicked the doors and windows of a police car.

The police officer in question has been championed on social media for his unflappable demeanor in the face of Campbell’s ugly words and behavior. New York-based comedian Wil Sylvince, who posted the video on Facebook on Monday, told Philly Mag, “He is the cop of the year.” The police department has declined to identify the officer, and he does not appear to be the same one listed in court documents.

Police say that there are additional charges pending against Campbell, including simple assault, terroristic threats, hindering apprehension, and failure to disperse. Two of the charges Campbell faces are third-degree felonies. She has been released on her own recognizance, meaning she didn’t have to fork over any bail money.

“Can you imagine what the situation would have been if she had been black and it had been a white cop?” asks Sylvince, who is originally from Haiti. “But these are two different worlds that we live in.”

We attempted to reach Campbell to ask her about the alleged assault on a police officer. Someone close to her responded and explained that she would be taking some time to herself for a while but that she was preparing a public statement.