New jobs are sprouting up in the city at rates we haven’t seen since at least the early ’90s. 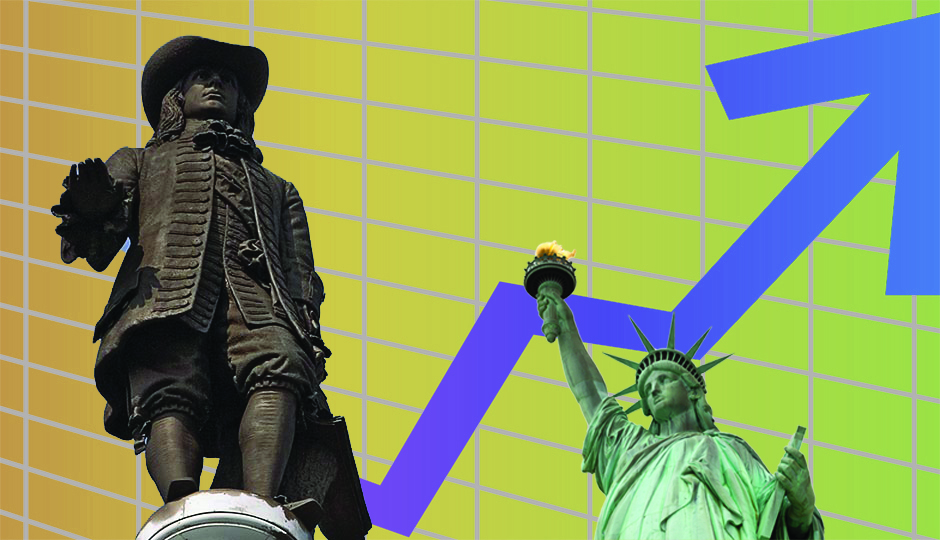 Philadelphia is growing jobs at a faster pace than New York for the first time in at least 25 years, according to data compiled by the regional chapter of global commercial real estate firm CBRE.

A report released by the company says that while Philly’s growth was particularly sluggish following the Great Recession, we have since rebounded over the past two years, and thanks to changing trends we’re “displaying some of the best performance in nearly 20 years.” Sounds like things are looking up. 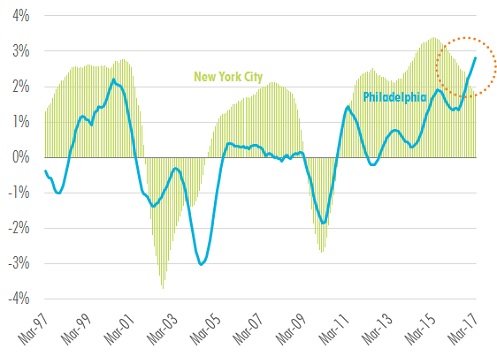 So what’s been the driving force behind all of this? The “eds and meds” sector is leading the way, with government statistics showing that 27,100 jobs were created in both the educational and health services fields over the past year through March.

Additionally jobs in transportation and warehousing are growing at their fastest pace in more than a decade, which in turn has established a healthy market for logistics and industrial space in Philadelphia. 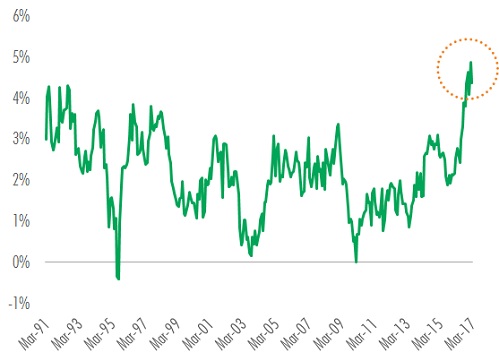 Philly.com reports that payrolls expanded here by an annual average of 2.8 percent between March 2016 and March 2017, while payrolls in the five boroughs of New York City grew by just 1.8 percent over that same span. (Of course, given its size, the Big Apple did create more total jobs than we did, with its 1.8 percent accounting for 75,900 new positions while Philly’s 2.8 percent increase generated 19,200.)

The ’burbs keep churning out new jobs as well, with Philly’s four suburban counties matching their highest growth rate since their last expansion in 2006. South Jersey is second in the region for job creation behind the Philadelphia, while northern Delaware’s momentum has fallen off as of late.

“There’s clearly optimism,” Adam Ozimek, a senior economist at Moody’s Analytics in West Chester, told the Inquirer. “It’s a very exciting time to be watching the Philadelphia economy, that’s for sure. It feels like there’s a possibility that Philadelphia could be like one of those mega-cities.”