The Pa. governor said he has "serious concerns" about how the bill could affect communities fighting opioid addiction. 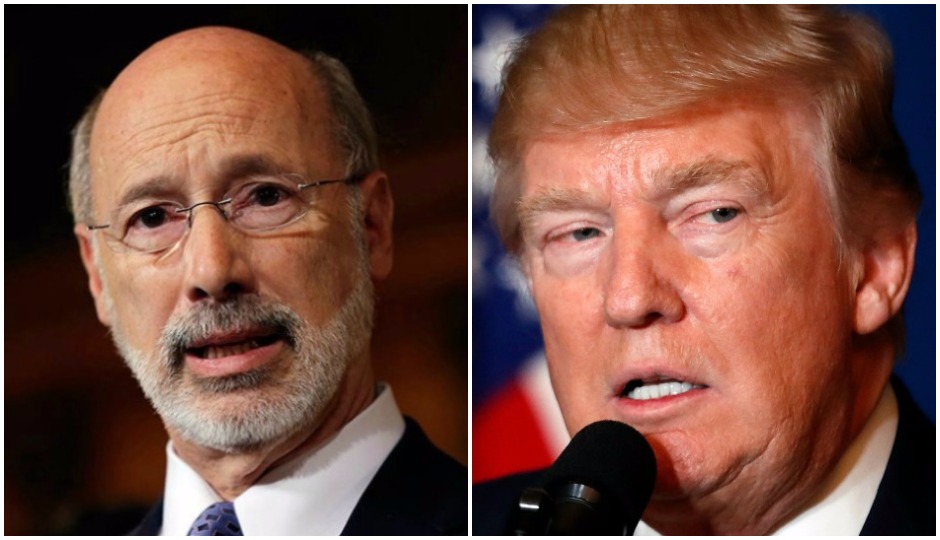 Pa. Gov. Tom Wolf is urging the White House not to embrace the American Health Care Act – legislation that would repeal and replace major parts of Obamacare.

In a letter penned to White House Senior Advisor Jared Kushner (President Donald Trump’s son-in-law), Wolf said he has “deep and serious concerns” about how the AHCA would affect people and communities struggling with opioid addiction, which Wolf has worked for years to address and combat.

In Pennsylvania, more than 125,000 residents rely on access to substance use treatment through Medicaid expansion, one of several programs that would effectively end if Congress were to pass the American Health Care Act.

“You must understand – these are people who otherwise could not afford treatment and therefore will be left with nowhere to turn to fight their addiction — a medical disease,” Wolf writes.

The House narrowly passed the AHCA earlier this month. All 193 House Democrats voted “no” to the bill, along with 20 Republicans. Of the remaining Republicans, 217 voted “yes” and one did not vote.

Four of the 20 Republicans who opposed the bill were from Pennsylvania – more than any other state. The bill now goes on to the Senate.

Wolf will livestream a discussion and reading of his letter at 2:45 p.m. today. Here’s the full text:

According to various reports, you have been tapped to spearhead the administration’s efforts to combat the heroin and opioid epidemic ravaging our country, particularly my state of Pennsylvania, which has lost thousands of our residents to the tragedy of addiction.

I have spent the last two years traveling across Pennsylvania having dozens of discussions with those on the front lines of this crisis – people in recovery, parents in mourning, law enforcement, and health professionals. The message from them is clear: we need to combat stigma and get more people into treatment.

Many of these efforts have been supported by federal programs and funding. While we have started to make progress, there is so much more to do.

That is why I write to you with deep and serious concerns about how the White House has approached recent policy debates that impact how we work towards curbing the death and destruction being caused by heroin and opioids.

First and foremost, the administration’s enthusiastic embrace of health care repeal and replace that includes deep cuts to Medicaid, the end of Medicaid expansion, and putting essential health benefits, including substance use and mental health treatment, at risk, will all set the fight against opioid addiction at serious risk. We should be investing more in treatment – not less.

In Pennsylvania, more than 125,000 residents have accessed treatment services under just Medicaid expansion – and hundreds of thousands more do through traditional Medicaid. You must understand – these are people who otherwise could not afford treatment and therefore will be left with nowhere to turn to fight their addiction – a medical disease.

The deal cut with the Freedom Caucus to allow states to opt out of essential health benefits and pre-existing condition protections would further the stigma and challenge for those suffering from substance use disorder. Substance abuse would now be a pre-existing condition and health insurance may not be required to cover treatment. What message does that send to those suffering?

Thousands of our kids, siblings, neighbors and friends are dying in Pennsylvania. We need the federal government to be a partner – not an adversary – in battling this epidemic from all angles.

I implore you to reverse course and lead the President towards a more sensible strategy. I would invite you to visit Pennsylvania any time to learn more about both how this epidemic is affecting people and how we’re trying to help.”