Chris Long had choice words for alt-right protesters in his hometown of Charlottesville, Virginia. 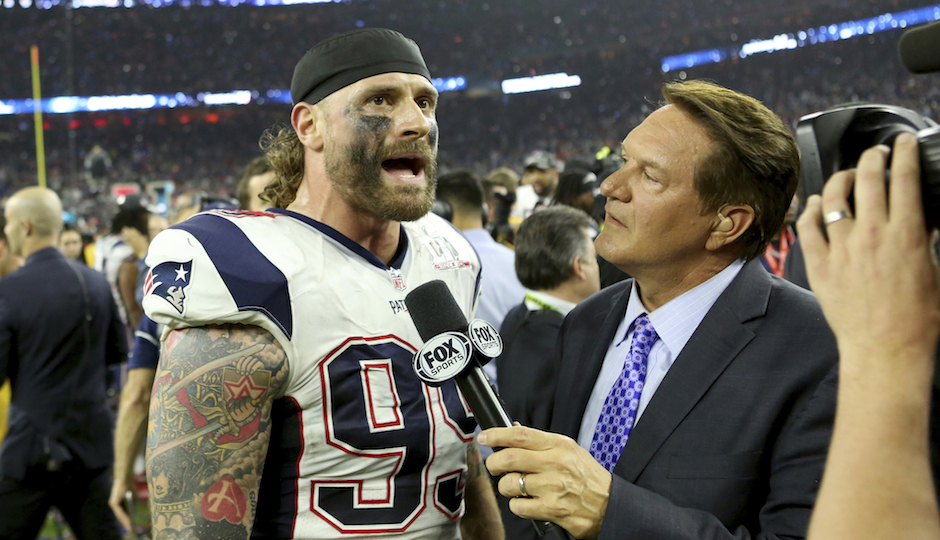 Eagles defensive end Chris Long hails from Charlottesville, Virginia, but don’t confuse him for just another “good ol’ boy” — Long has been socially active before he was even cognizant of the fact himself, first appearing as a baby in a 1980s PSA with dad Howie (NFL Hall of Famer and Villanova grad) for the United Way.

In the years since his star turn as an infant spokesman, the former number-two overall pick in the 2008 NFL Draft has never shied away from sharing his opinion on important issues, no matter how many of his social media followers may disagree. With protests erupting on Saturday in Long’s hometown over the pending removal of a statue honoring Confederate general Robert E. Lee, the Super Bowl champion had to weigh in on Twitter:

Just a massive display of insecurity in my hometown. Stand up for the confederacy??? It's 2017. You're Americans. Fuck off. https://t.co/Nyo4Jj4uDL

This isn't a display of feeling ambiguous or wondering where the line is drawn. It's outright defense of an old, barbaric line of thinking.

You may feel ambiguous about tearing down monuments but consider that your ancestors didn't build this country on forced labor.

Long went on to say that although he finds it hypocritical that people “calling for RE Lee’s ceramic head” balk at the idea of pulling down statues of the slave-owning president Thomas Jefferson, he just can’t handle the idea of a monument with the Confederacy’s stars and bars in downtown Charlottesville.

And to those wanting to debate the traitorous Lee’s pre-Civil War merits, Long had a response as well:

It's not like someone is coming in your living room and crushing all your little cast metal confederate soldiers. It's a park. In a city.

Charlottesville mayor Mike Signer condemned the torch-wielding protest at Lee Park in a statement in which he compared it to Ku Klux Klan rallies of the past. The demonstration was organized by alt-right leader Richard Spencer, who is perhaps best known for getting walloped following Donald Trump’s inauguration in Washington.

To end his rant, Long aptly comments that most of the people upset over the statue’s removal would likely not notice if it disappeared overnight.

Most of the ppl so butthurt wouldn't even know the statue was gone if it disappeared. It affects your life ZERO. I'm done. Goodnight.