OPINION: Diversity Isn’t “Being in the Room” — It’s Whites Giving Up Their Seats

Owens: It's time to explain exactly what it will mean for people of color to have a seat at the table and ensure true diversity. 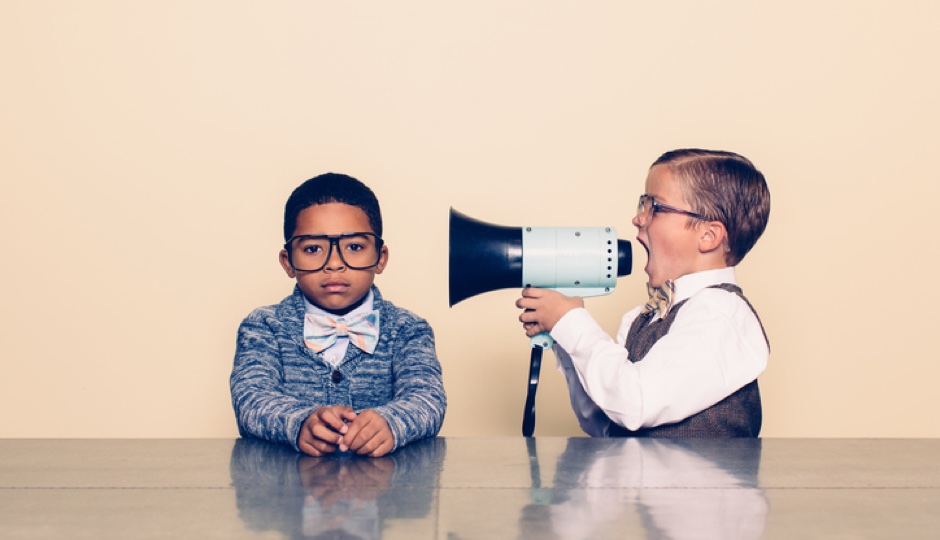 As Philadelphia and the rest of the nation grapple with what it means to be more inclusive, it seems as though some privileged individuals aren’t even pretending to try to figure it out.

As the editor of G Philly (the LGBTQ section of this publication), I am one of a small group of journalists of color covering the news for a mainstream outlet in Philadelphia. I have noticed that discussion and criticism of my work from white readers on social media frequently (and often rapidly) deteriorates into rants about diversity. I’ve been told — publicly — that I have “scared most of the community into submission,” that I “ignore how much black privilege takes away from more deserving white people,” and that “affirmative action unfairly benefits” me.

It’s perplexing that white people would accuse me, a Black millennial journalist, of having the power and ability to take anything away from them — I’m a small black fish in a huge sea of whiteness that has yet to diversify to a level anything like its actual share of the population. The notion that what little impact I do have could scare a community into “submission” is more than just a ridiculous claim — it speaks to a larger issue that many still refuse to come to terms with: A more diverse and inclusive society means that white people aren’t going to always get their way.

Take a moment to let that sink in: a society in which white people aren’t going to always get their way. For all of the conversations surrounding misused (and often overused) terms such as diversity and inclusion, equal opportunity, and equity and access, people who utter these words often gloss over the reality of what they imply: Those who take up the bulk of the resources, opportunities, and space (i.e., white people) will have to give up a generous amount of that power to those it was kept from (people of color) through slavery, genocide, colonization, mass incarceration, institutional discrimination, and imperialism.

That being said, because the terms of diversity are currently set by predominantly white institutions and power structures, the priorities are often skewed. As I’ve previously written, being the only black guy in the room isn’t what it’s cracked up to be. The desperation of white institutions to appear diverse borders on parody. I can’t count how many times I’ve been asked to an event to “help bring some diversity in the room” or told how “diversity is good for business.” Here’s the secret: “Diversity,” the new marketing sensation, really means “We need you to be in the room, but you can’t sit at the table.” (A brief scroll through a recent list of Fortune 500 companies who pride themselves on having diverse workplaces, for example, also reveals that the diversity of their executive ranks isn’t that impressive.)

So perhaps it’s time to explain exactly what it will mean for people of color to have a seat at the table and ensure true diversity.

1) White people will lose some power (this is inevitable).

For sincere equality to happen, someone will have to give up something. White people will have to be in the first round of the draft here: From the political system to institutions of education, medicine, and justice, white people disproportionately control the resources. Diversity can’t happen until people of color have a fair share in the decision-making within these arenas — any attempt at diversity without acknowledging and accommodating this fact is all a sham.

2) “A seat at the table” means people of color will actually have some power (also inevitable).

This seems to get forgotten during most conversations pertaining to diversity — the dynamic of power being redistributed to diverse groups. Being allowed to frequent predominantly white spaces without being given the opportunity to lead them is a slap in the face. Imagine if you were invited to a birthday party where you were a special guest but weren’t allowed to have a piece of cake. That’s how awkward it feels for people of color to be invited but never included.

If white institutions are sincere about making their spaces representative of the population, they must actually seek such changes proactively. Rather than wait for public protest and government intervention, actually put your time, energy, and money where you mouth is. This looks like calling yourself out before others do. This means investing ahead and putting the right people in place to ensure it. Prioritizing diversity should be an intentional practice, not a dire emergency reaction. In other words, institutions should be thinking about these issues at all times.

4) Egos may be hurt, but doing the right thing is more important.

Yes, diversity scares white people. (In fact, that might be the reason why we have a certain person as our current president.) The constant struggle for white people to let go of control in a forever-evolving society isn’t easy, but it’s the right thing to do. “No one man should have all that power,” Kanye West once rapped in his hit song “Power.” The same truly goes for white people in 2017. It’s time for fairness, humanity, and justice to prevail.

5) Prioritizing diversity isn’t an option, but necessary for our survival.

With all of these truths come consequences. If we are to function as a civil society, diversity cannot be treated as a choice, but as a mandate — our existence hangs in the balance. In a time where intersectional revolutions are rising more than ever, to ignore the call for change is to court unrest — or worse. Community division isn’t started by people of color who call out the marginalization they face, but by those more privileged who are complicit in their disenfranchisement. Maintaining progress and peace requires equality; this can happen only when diversity is centered.