20 Years Ago Today: Iverson Named NBA Rookie of the Year 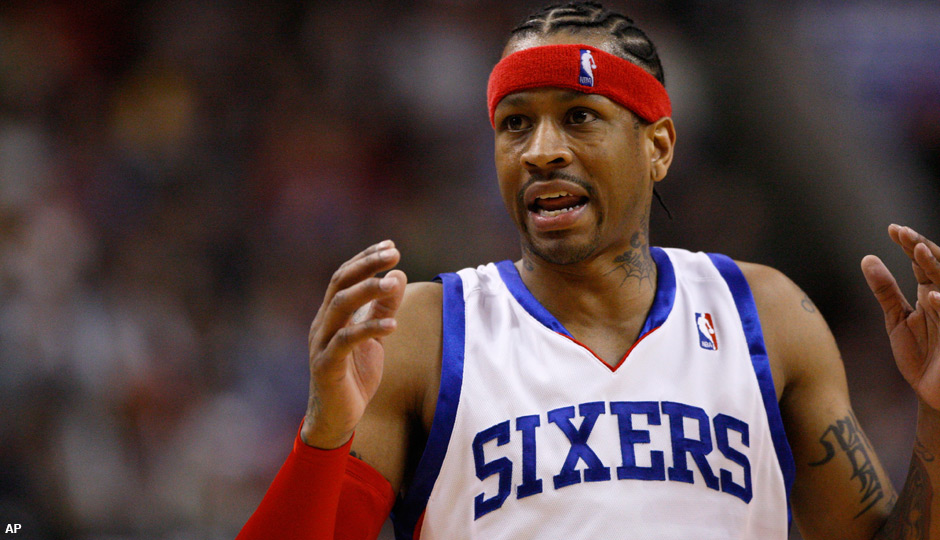 File this anecdote under things that will make you feel old: Allen Iverson was named the Sixers’s first-ever NBA Rookie of the Year award winner 20 years ago today. Twenty years!

The Answer averaged 23.5 points per game during the 1996–1997 season, a mark that was best for all rookies and good for sixth in the league overall. Iverson edged out Minnesota’s Stephon Marbury for the award that year, receiving 44 votes to Starbury’s 35.

Of course one of the top two moments of Iverson’s Hall of Fame career occurred during his prolific rookie season. No need to even describe it — odds are you already know:

Man, that mid-’90s court with the swirling stars and black paint was the coolest.

While the baby-faced and barely tattooed Iverson looked a whole lot different back then, he still caught flak for his “selfish” style of play and the people he hung out with.

Iverson commented at his Rookie of the Year press conference that he thought he had gotten “a bad shake this year” and “the short end of the stick.”

Those criticisms would continue to linger during the rest of 6-foot guard’s tenure in Philadelphia, but his production on the court remained elite and his heart was always unrivaled.

Flash-forward to present day, and the Sixers are once again in the mix for bringing home the Rookie of the Year award. Better yet, we have two dogs in the fight!

The case against center Joel Embiid is his lack of games played. Iverson suited up for 76 games in 1996–1997 to Embiid’s 31 in 2016–2017. Swingman Dario Saric is a nice young player, sure, but only Embiid has flashed that AI-like star potential out of this rookie class despite his limited sample size.

To celebrate this momentous anniversary for Iverson, enjoy a rare interview with him from way back when that also features Doctor J, Christmas, and ’90s one-hit wonders: