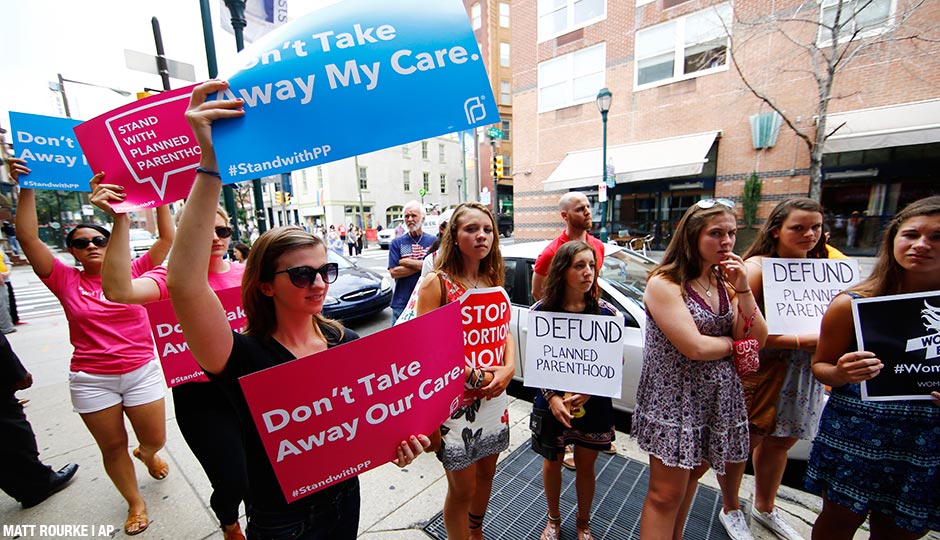 A Pennsylvania Senate Committee has voted in favor of a bill that would cut funding to Planned Parenthood in the state.

The Finance Committee, which is comprised of 11 men, one woman and mostly Republicans, approved the bill in a 7-5 vote today. The legislation, Senate Bill 300, would dictate which types of health service organizations are prioritized to receive funding through the state’s Department of Human Services.

Blair County Republican Sen. John Eichelberger, the bill’s prime sponsor, told Philly.com that Planned Parenthood would receive less funding because it provides fewer service options than other healthcare centers and that “we shouldn’t have them in a system that they’re not pulling their weight.”

But according to BillyPenn, Eichelberger said he doesn’t know what services Planned Parenthood even provides, nor does he know how much money the bill would save if it were to pass.

The legislation now awaits a vote from the Senate. Pennsylvania Governor Tom Wolf has vowed to veto the bill if it reaches his desk.

Wolf released a statement on the bill today:

“This bill is nothing more than an ideologically driven attempt to disrupt health services for thousands of women in Pennsylvania. Planned Parenthood provides important health and welfare services for men and women, especially in rural and underserved areas. Some politicians in Harrisburg are dead set on putting themselves in between a woman and her doctor and prevent both men and women from having access to services they may not have an opportunity to get elsewhere. This legislation solves no problems but rather seeks to create additional hardship for Pennsylvanians seeking health care, especially women. I call on Senate leadership to put a stop to this legislation, but if they refuse, I will veto this bill if it reaches my desk.”