WATCH: Hundreds of Kids on Bikes Flood I-676

You've seen teens popping wheelies on Broad Street – but probably not on the highway (until now). 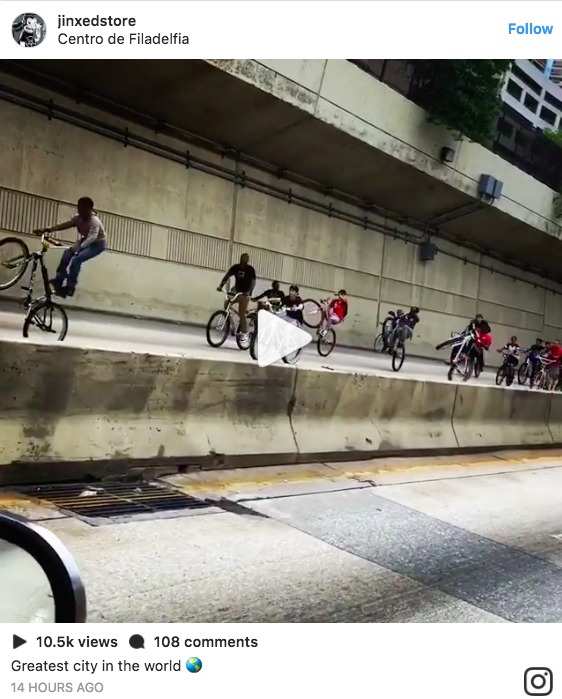 You’ve probably seen them popping wheelies on the Parkway or coasting down another Philly street – but yesterday afternoon, hundreds of teens on bikes took over new territory: I-676.

Consignment store Jinxed Philadelphia posted footage of the highway “ride out” – as the teens refer to the mass rides – on its Instagram page yesterday. 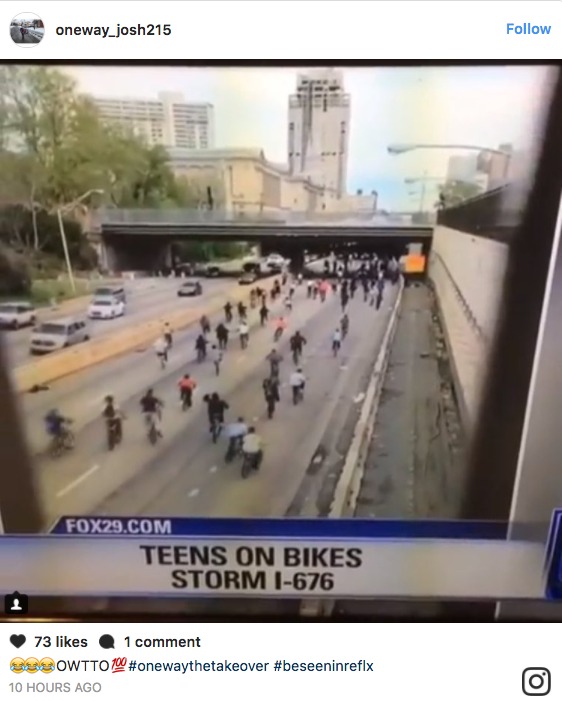 Members of One Way – Philly’s largest organized group of teen pedal bikers – took part in the ride out, though it wasn’t limited to just One Way members.

A Philadelphia Police spokesperson told NBC10 that there were no reported injuries.

The scene bears a resemblance to a Center City protest last month that was broken up when hundreds of “wheelie kids” stormed the Benjamin Franklin Parkway and stole the spotlight.