DOJ: Philly Must Prove it Complies With Federal Immigration Officials

Mayor Jim Kenney has until June 30th to show that the city meets federal standards for grant money. 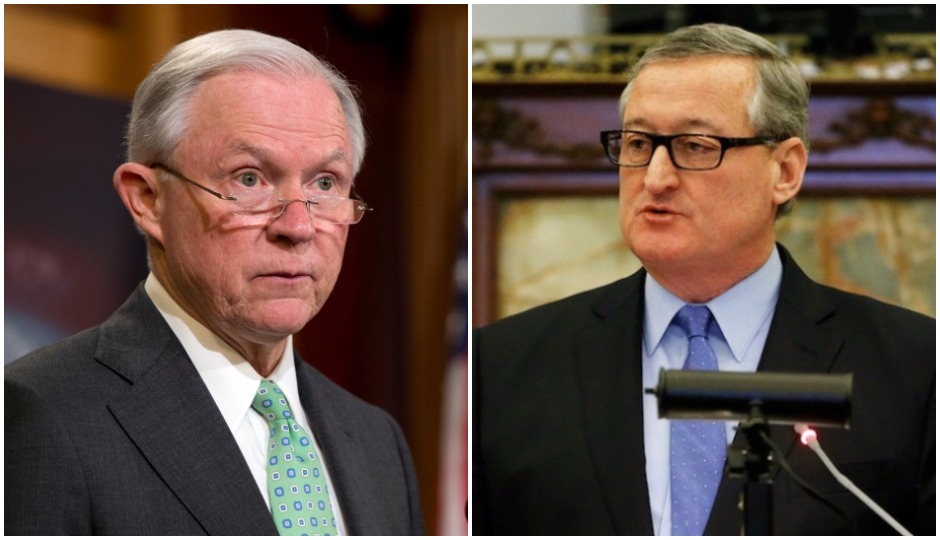 The Department of Justice has requested Philadelphia and eight other jurisdictions to prove that they comply with federal immigration officials.

In a letter posted by the Los Angeles Times, acting Assistant Attorney General Alan R. Hanson wrote to Mayor Jim Kenney requesting that the city submit documentation that certifies its cooperation with 8 U.S. Code § 1373, which mandates that all jurisdictions must communicate with federal agencies and the Immigration and Naturalization Service.

Hanson wrote letters to Philadelphia, the California Department of Corrections and Rehabilitation and officials in New York, Chicago, New Orleans, Las Vegas, Miami, Milwaukee, and Illinois. In a statement issued Friday, the DOJ claimed the selected jurisdictions are “crumbling under the weight of illegal immigration and violent crime.”

The letters follow up on last month’s threat from Attorney General Jeff Sessions, who said that the DOJ would strip funding from so-called sanctuary cities like Philadelphia if they do not comply with the federal code.

Kenney has until June 30th to send the DOJ the required documentation, along with “an official legal opinion from counsel that adequately supports the validation,” according to the letter.

If the city fails to do so, the DOJ could withhold vital funding. Last month, city spokesperson Lauren Hitt told Philly.com that in 2015, the city received $26 million in DOJ grants, which contribute to various law enforcement purposes.

Hitt has previously said that the city doesn’t believe any funding is at risk and that the guidelines reiterated by Sessions were already in place under former President Barack Obama. Last month, Hitt said that the threat does not “present any issues we were not already evaluating, and we have very skilled outside counsel helping us evaluate what the real threats to funding are and what our legal options are.”