ESPN Host Predicts We’ll Be “Raucous, in a Good Way” During NFL Draft 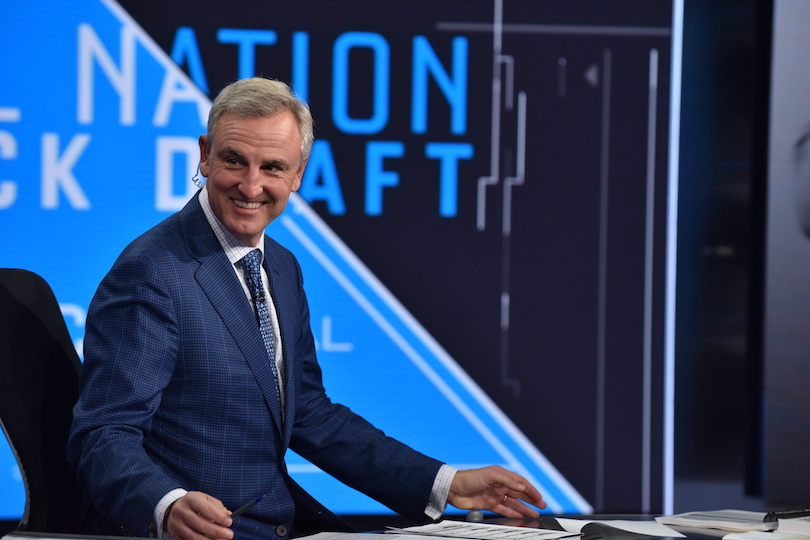 While most Philly sports sufferers would readily claim the existence of a national media bias against our fans, ESPN’s Trey Wingo wants you to know that he loves ya, baby.

Wingo, one of the top studio hosts for the Worldwide Leader’s NFL coverage, told the Inquirer’s Jonathan Tannenwald that he’s enjoyed every sporting event he’s ever attended in Philadelphia. Can you believe that?

“Look, Philadelphia fans are nothing if not passionate, and that’s what you want,” Wingo said when asked what he’s expecting from Eagles fans at next week’s NFL Draft on the Parkway. “I think they’re going to be awesome. I really do. They’re not afraid to tell you what they think, and that’s the best thing about it. I think it’s going to be pretty raucous, but in a good way. I don’t think it’s going to be bad. I’m really looking forward to it, actually.”

Raucous, but in a good way? Trey clearly never stepped foot in the 700 level.

But for the man who is taking over legendary anchor Chris Berman’s chair on Draft Day 2017, what’s going on inside the tent is all that matters. Not the Giants fan being pummeled outside or the public urination.

“My approach is going to be that this is my bubble here, and I’m dealing with what we have to deal with here to make sure it gets out to everybody watching that’s not outside in Philadelphia,” Wingo said. “That’s the only way I can look at it, you know? I’ve got to have a little tunnel vision about what I’ve got to do.”

As for the question on every fan’s mind — who will be the Birds’ selection at pick 14 when they’re on the clock Thursday night — Wingo thinks the team made its big splash last year in moving up to draft quarterback Carson Wentz, and we’ll see the team going for a more foundational piece this time around.