The 88-year-old was a well-known Philly philanthropist. 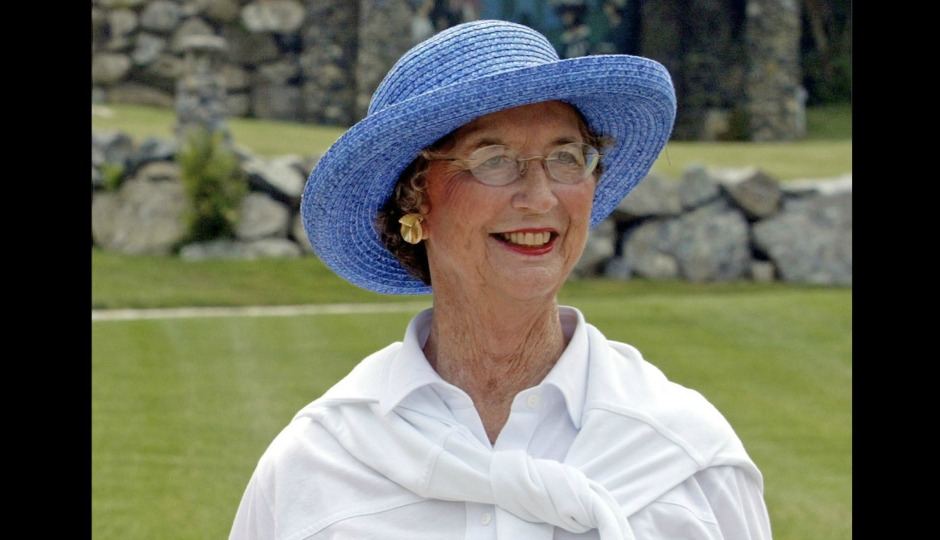 FILE – In this July 22nd, 2004, file photo, Dorrance Hill Hamilton, granddaughter of the Campbell Soup Co. founder and a trustee of the SVF Foundation, listens during a tour of the foundation’s 35-acre farm in Newport, R.I. (AP Photo/Joe Giblin, File)

Dorrance “Dodo” Hamilton, the heiress to the billionaire Campbell Soup Company, has died at the age of 88.

Hamilton was a prominent Philadelphia philanthropist who provided significant support to institutions like the Please Touch Museum, the University of the Arts, the Pennsylvania Academy of the Fine Arts, Thomas Jefferson University, the Philadelphia Flower Show, the Kimmel Center for the Performing Arts, Main Line Health, WHYY and more.

Hamilton was the granddaughter of John T. Dorrance, the inventor of canned condensed soup and the first Campbell Soup Co. president. She was born and raised in New York but frequently spent time on her family’s estate in Radnor growing up.

Hamilton’s homes included a 10-acre property in Wayne and a house in Boco Grande, Florida, where she died Tuesday morning after battling illness. Her husband, the late Samuel M.V. Hamilton (whose grandfather presided over Baldwin Locomotive Works), died in 1997.

In a profile story published in 2008, Philadelphia magazine writer Amy Korman called Hamilton “one of a vanishing breed of American royalty, the heirs whose finishing schools and Social Register childhoods shaped them into admired members of this country’s landed gentry … the last social icon of the old Main Line.”

“But what sets Mrs. H. apart from your average, run-of-the-mill billionairess is how she squeezes far more into every day than she needs to — how much she cares. She kept close watch on the plans for the Samuel M.V. Hamilton building at PAFA; she’s visited interns and nurses training at the new Hamilton building at Jefferson. Mrs. H. helped pay for the Azalea Garden at the Art Museum to be replanted and helped in its design, and while she supports the Flower Show, she also enters her orchids (and they win, in blind competitions). She allows garden tours to come tromping through her properties because she knows more money will be raised for charity if Dorrance Hamilton’s acres are on view. ‘She’s got that beautiful combination of a passion for the arts and a creative flair with business acumen,’ says Anne Ewers, the Kimmel Center head.”

Hamilton’s net worth was $1.26 billion, according to Forbes, which gives the Camden-based Campbell Soup Company a market cap of $18.7 billion.