We chat with the Muslim queer activist on interfaith relations, LGBTQ advocacy within local government, and being a femme womanist. 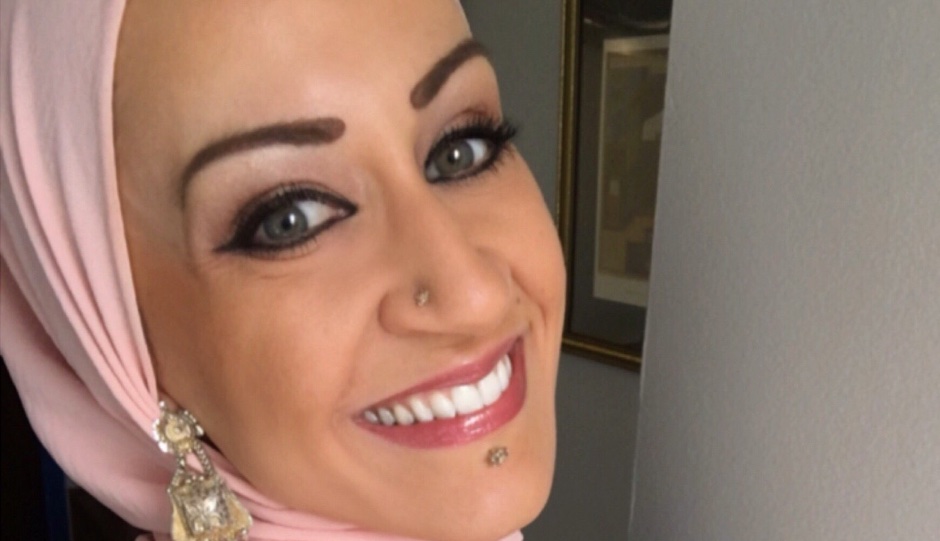 Raquel Evita Saraswati is a Muslim queer activist who has worked in various interfaith communities and serves as an appointee to the Mayor’s Commission on LGBT Affairs. We chatted with her on advocacy work and what it means to be a femme womanist.

Tell us a little bit about yourself.
I am a Muslim activist and writer, focusing primarily on issues related to the rights of women and girls in Muslim-majority societies and communities. I do direct intervention work and support organizations focused on combatting gender-based violence, including honor-based violence, forced and child marriage, and female genital mutilation (FGM), in all communities and cultures where those crimes occur. I’ve been blessed to be published both domestically and internationally, and to have had the opportunity to lecture in North America and Europe on issues like gender-based violence and minority rights. I’ve been interviewed by networks like the BBC, France24, Voice of the Cape (South Africa’s Muslim radio network), Al-Jazeera and others, and in publications like The Root, International Business Times, and Salon.

I’m also a vegan (for 21 years now, and I love to cook for anyone who will let me), a master bargain hunter, a partner, a cat mom, a lover of words and loud, busy cities, and a muhajjaba – a woman who covers her hair.

As a queer Muslim woman, what do you see as some of the biggest interfaith challenges you notice within the LGBTQ community?
The very worst social malignancies — misogyny, dangerous ignorance, xenophobia and more — are perpetuated by people of all faiths. Being LGBTQ2SIA and/or being a person of faith does not mean that a person isn’t engaged in the oppression of those with less privilege. While outright bigotry is absolutely a problem, so is the ignorance of those with good intentions — and that ignorance might even be more dangerous. As Dr. Martin Luther King, Jr. said in his Letter from a Birmingham Jail: “Shallow understanding from people of good will is more frustrating than absolute misunderstanding from people of ill will. Lukewarm acceptance is much more bewildering than outright rejection.”

All too often, progressive and well-meaning people ally with organizations and individuals in marginalized or targeted communities without consulting those on the margins of those communities — like LGBTQ2SIA people, dissidents, women, minority sects, racial and ethnic minorities, etc. This is absolutely true in a time of heightened anti-Muslim bigotry. All too often, those who rightly seek to ally with Muslims end up providing platforms to those who present a progressive public face, but who oppress women, LGBTQ2SIA individuals, Black people and other marginalized groups within my faith community. When they do that, they are making it clear that they are not our allies, they are actively creating unsafe spaces, and they are not listening.

From your viewpoint, are there opportunities for solidarity that can be shared among faith-based queer communities citywide?
People’s experience of faith can be that of liberation or of oppression — and, for some, even both.

Many LGBTQ2SIA people have been subjected to abuse within religious communities. LGBTQ2SIA people have been prohibited entrance to religious spaces and safe public practice of faith, and have been shamed, exiled, and physically harmed in the name of religion. These abuses are carried out by family, partners, community members, and even those who lead our faith communities. Individuals and institutions who oppress LGBTQ2SIA people rely on the conspicuous silences of those who directly witness and are aware of these abuses, but who aren’t willing to stand in real solidarity.

At the same time, people of faith have always been among those at the forefront of meaningful and effective movements for liberation; and all faith traditions have adherents who have sought out traditions and interpretations of their faiths centered on liberation and inclusivity. There is power and beauty in this reality, and this is the place from which I aim to operate. We LGBTQ2SIA people of faith are more visible than we have been in a long time — and are uniquely positioned to both understand and advocate for the most vulnerable of those on society’s margins.

I am a co-founder and co-chair of a new interfaith group called Sacred Justice, and we believe that the greatest of divinity lies on the margins created by man. People of faith can and must take this moment to create spaces for resistance and healing against and from oppressions — including, but not limited to, racism and anti-Blackness, misogyny, and xenophobia. We must also support each other: Non-Jews must speak and act ever more boldly against the scourge of anti-Semitism; non-Muslims must work against anti-Muslim bigotry, and so on. And, of course, all people of faith who wish to be sincere in their commitment to social justice must support freedom of conscience — including the choice to leave or change one’s religion.

You identify as being a femme womanist. How do you express this identity inwardly and outwardly in society?
It wasn’t until I hit 30 (gasp) that I even entertained the notion of using the word “femme.” I confess that it still feels rather strange, but when pressed to explain my gender beyond simply saying “I’m a woman,” it fits. For me, “femme” is not about my relationships with others so much as it is about my coming to embrace and celebrate my natural, undeniable, and inescapable existence as a feminine person.

Feminine bodies are treated as prey, and feminine attributes are pursued as desirable — yet dismissed as frivolous. Femininity, as well as womanhood, are constantly surveilled, policed, hurt and controlled — making it important to claim and protect these aspects of ourselves. Even most examples of “gender neutral” or “androgynous” in our society (like clothing) aren’t actually neutral. Femininity and womanhood are erased, while masculinity is framed as “neutral” and “normative.”

Womanism is about being willful, intentional, committed to the survival and wholeness of people, celebrating emotional expansiveness and flexibility, being a seeker of knowledge, a lover of the Spirit and a believer in women’s strength. Alice Walker must be credited for the term, and she and others (bell hooks, Audre Lorde, etc.) for my coming to find it.

These things are in every aspect of who I am, how I live, how I speak, how I feel, how I love, and how I persist.

You just got appointed to the Mayor’s Commission on LGBT Affairs. What are some of the initiatives you plan to bring to the newly formed government entity?
Being appointed by Mayor Kenney to serve our community in this capacity is nothing short of surreal. It is both a tremendous honor and an enormous responsibility. While the Commission’s jurisdiction is perhaps more limited than some community members may realize, we have set out ambitious goals. We have established committees focusing on issues deemed priorities to our community, including youth and families, race relations, transgender equality, immigration, health, and others. I currently serve on two committees: civil rights, immigration, and faith; and race relations. As Amber Hikes, the newly appointed director of the Office of LGBT Affairs, has repeatedly said: The community’s frustrations, struggles, and hurts have been heard. We have hit the ground running and will do everything in our power to serve you.

My personal passions are directly tied to my own experience as a Muslim woman who also happens to be a member of the LGBTQ2SIA community. I hope to conduct community conversation with those “on the margins” in many religious communities, not just my own, to discuss experiences, priorities, safety, and needs — and then, in turn, to meet with leaders of faith communities and establishments. Allies will be supported and connected with those they can help. It is my goal to engage city leadership in this effort.

I also hope to aid in the creation of more spaces focused on addressing intimate partner violence and abuse. LGBTQ2SIA people both experience and perpetuate intimate partner abuse. It is under-discussed and under-addressed.

I am also committed to doing everything I can to address not just bigotry against LGBTQ2SIA people, but also bigotry within our own community. Misogyny, xenophobia, racism, and ableism are all issues within our community, which prevent people both from being safe and from thriving within it.

In light of all that has recently happened in the LGBTQ community politically, what is one piece of advice you would like to give to those from marginalized communities within?
It is vitally important to remember that nothing we are fighting is new. We on the margins are in the middle of battles already begun; standing in the wake of battles already fought, and at the precipice of battles unseen. We will never need to stop resisting. We — all of us — are present in this battle for universal human rights, even if we aren’t especially eager to fight.

We need to learn new ways of standing against oppression while actively healing ourselves and holding each other: identifying real enemies and cherishing rare, real allies. Marginalized people don’t need to learn resilience — we have mastered it. We need to cultivate spiritual vibrancy, our capacity for vulnerable, full love for ourselves and one another, and to do that like it is our most sacred daily work — because it is.

You are not alone, you are not unheard. Please reach out to your commissioners. We are here for you, and we want to amplify your voice.