The 17-year-old from Lindenwold pleaded guilty to attempting to recruit a sniper who was actually an FBI agent. 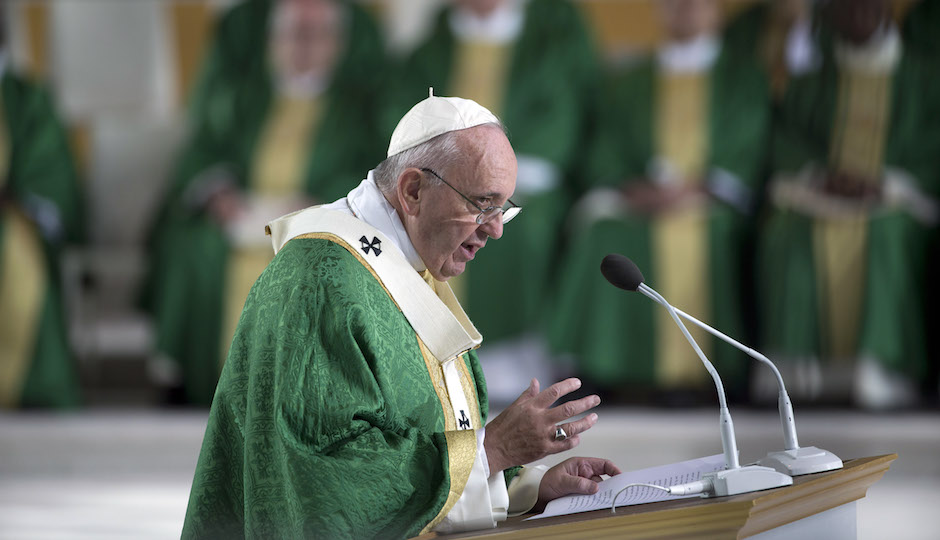 Pope Francis delivers his speech during a Mass on the Benjamin Franklin Parkway on Sept. 27, 2015, in Philadelphia. (AP File Photo/Alessandra Tarantino)

A South Jersey 17-year-old has admitted to plotting to kill Pope Francis during the 2015 papal visit.

Santos Colon Jr., from Lindenwold, pleaded guilty to planning the assassination over a two-month period prior to Francis’s visit in September of 2015.

According to the Department of Justice, federal prosecutors said Colon planned to recruit a sniper to shoot the pope during Mass and set off explosive devices nearby. Colon allegedly thought he was communicating with a sniper – but the person was actually an undercover FBI employee, according to prosecutors.

The investigation is ongoing. Colon, who was arrested and charged as an adult in 2015, faces up to 15 years in prison and a $250,000 fine. A sentencing date has not been scheduled.