And it's not the first time that Apple has been accused of discriminating against black customers. 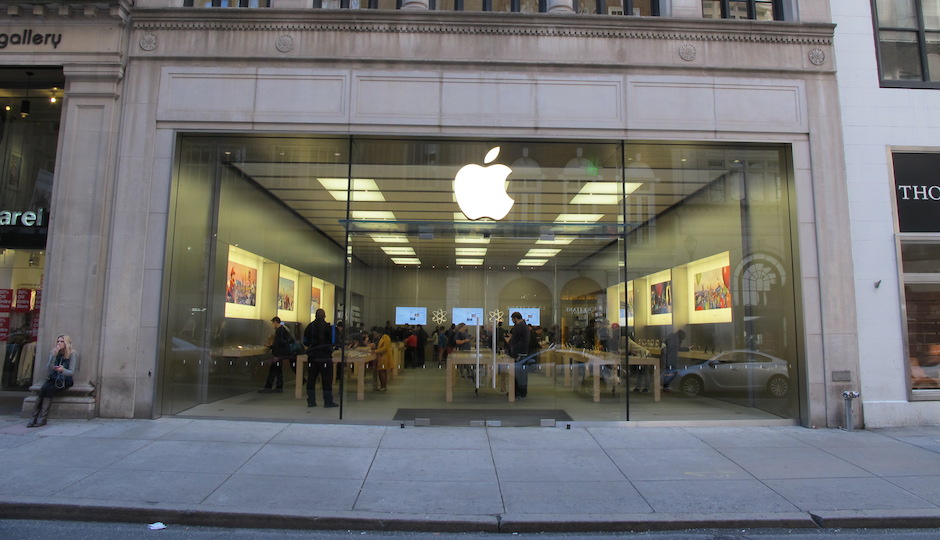 Every day, hundreds of people visit the Rittenhouse Square Apple Store on Walnut Street to check out new products, pick up an emergency charger, or just check their email. And according to one former employee, black customers are handled differently than white customers.

Philly resident Cori Fisher worked at the Philadelphia Apple Store from 2010 to 2016, first as an Apple Store “expert” and later as a “specialist,” as Apple classifies their employees. In a lawsuit just filed in federal court in Philadelphia, Fisher claims that he noticed some disturbing activity there.

According to allegations contained in his lawsuit, the Apple Store racially profiled black customers. Fisher claims that he witnessed a store manager asking a cop to get some black teenagers out of the store, and he says that the Apple Store told its employees to “closely monitor” black customers in general. The lawsuit describes the store’s actions as “racist.”

Fisher says that he complained of one incident in particular that occurred in December 2015 and was told that Apple Store management told him that they would investigate. He claims that in February 2016, he expressed his concern that the Apple Store was treating black customers differently than white customers.

In the end, Fisher says he was fired in April 2016 in retaliation for speaking up about the alleged discrimination.

This isn’t the first time that an Apple Store has been accused of racially profiling black customers.

In 2011, a New York City store was accused of telling black customers wearing baggy jeans and hooded sweatshirts that they had to buy something or leave.

In 2015, Apple apologized after a group of black teens at an Apple Store in Australia were confronted by store employees and told to leave because they “might steal something.”

The same year, a white mother with a black child — who happened to be from a very wealthy family — alleged that a San Diego Apple Store had racially profiled them.

Fisher is also alleging that the Rittenhouse Square Apple Store discriminated against him because of his religious beliefs.

He claims that the Apple Store originally accommodated his scheduling requests that would make room for his religion’s requirements — Seventh-Day Adventists are taught that they cannot work from sundown Friday until sundown Saturday, and many attend church services on Sunday — but that this changed after took a leave of absence following a cancer diagnosis.

When he got back to work, he says, the Apple Store would no longer make the appropriate accommodations.

We called the Apple Store on Walnut Street to ask about Fisher’s allegations. A store manager referred us to the national Apple media relations department, which has not responded for a request for comment.