The National Organization on Marriage (NOM) is planning to bring a bus emblazoned with transphobic messages to Philly on Saturday. 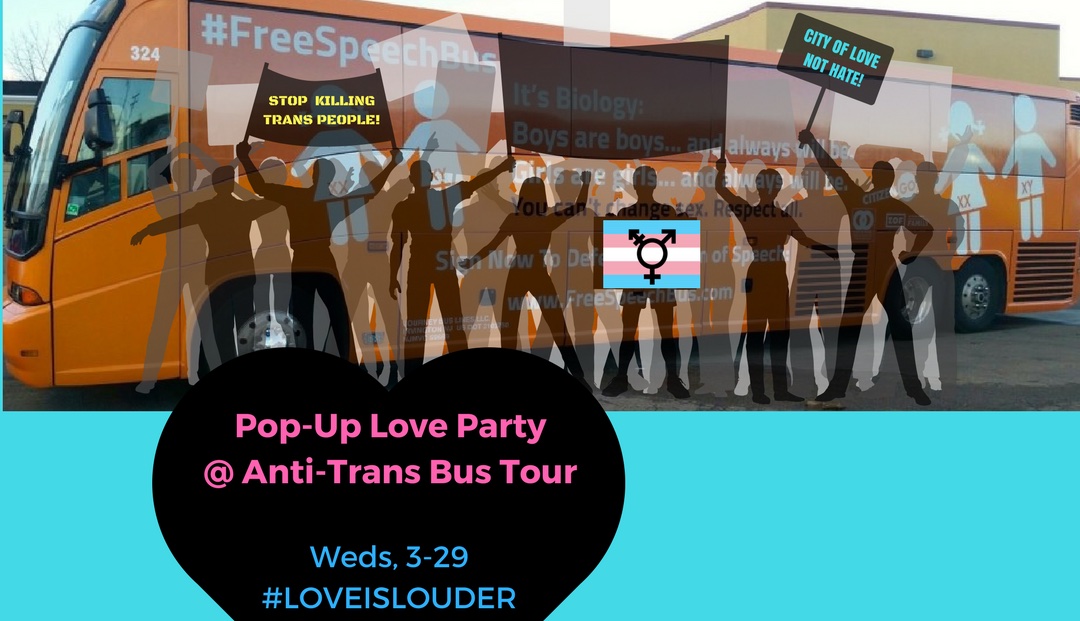 Philling Our Streets With Love at Hate Speech Bus Tour! is this Wednesday, March 29th.

“The Anti Transgender Bus Tour reminds me that there is still more education that needs to be done around gender identity,” said Sharron Cooks, transgender advocate and Mayor’s LGBT Affairs commissioner. Cooks has been tasked with helping to facilitate and organize the event. “It reminds me that this is why there are still transgender women of color being murdered at devastating rates. It reminds me that there are still no federal or statewide protections for the transgender population, and as I and many others predicted, the transgender community is one of the first groups of people to be targets for hate and discrimination under the Republican administration. This bus represents an open attack on my community.”

“Discrimination and hate do not belong in this city,” said Amber Hikes, Office of LGBT Affairs director. “As Philadelphians, we celebrate, affirm, and uplift our trans* brothers and sisters and gender-nonconforming folx. If you come for one, you come for all. We are united, we are one.”

The event is scheduled to run throughout the day on Wednesday, and the Mayor’s Office is awaiting word on where the controversial bus will be located. So far, NOM has skipped touring Connecticut after the bus was vandalized last week in New York City.

UPDATE: NOM just released a statement explaining their bus tour delays in previous cities and are now asking for donations to cover the damage made to their vehicle last week. The organization plans to be back on the road this Wednesday, but could not confirm whether or not they will still stop at Philly as previously scheduled. Office of LGBT Affairs told G Philly they will be outside City Hall on Saturday, April 1st, at 11 a.m. with community advocates.