One of Us: John Kruk

The Phillies star is back. Here, he talks scary Society Hill, his filthy mouth, and (ew) putting mayo on cheesesteaks. 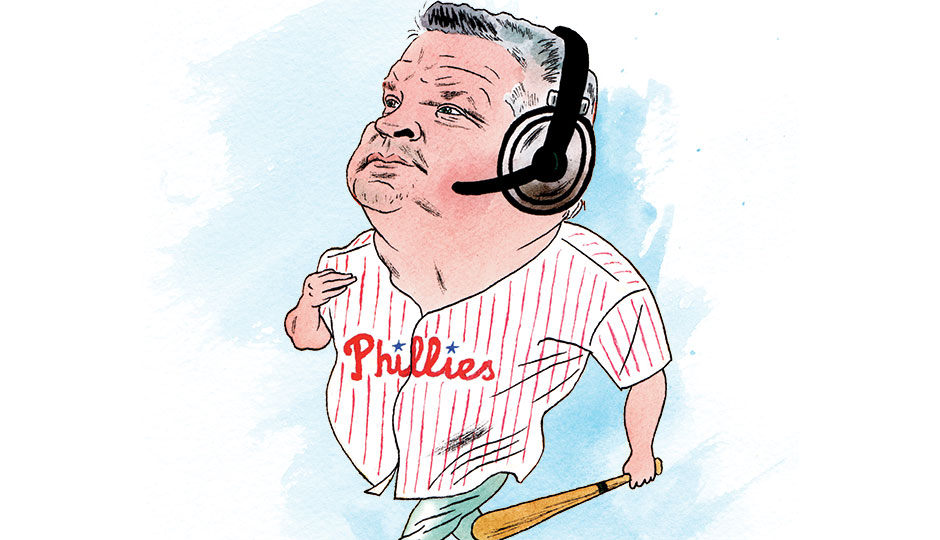 My name is … John Martin Kruk. I was named after my grandfather.

I grew up … mostly in West Virginia, in a tiny town.

These days, I live in … Naples, Florida. We sold our house in Mount Laurel eight years ago. I had never had a summer because of baseball and work, so we had to figure out a way to make winter into summer.

The last time I had a cheesesteak was … just the other day. I have a new cheesesteak shop in Naples, and we were taste-testing. I like mine with American cheese, grilled onions, ketchup and mayo. I also own a bunch of Primo’s Hoagies down here in Florida.

Coming to Philadelphia in the ’80s was … scary. I lived one year in Society Hill. I was petrified. Too crowded, man. As for the team, it was awful. Dismal. But we had a lot of fun while we turned it around.

Philly fans are … the best. Or worst.

I got my first tattoo … when I had cancer. They put these little tattooed diagrams on you where they want to shoot in the radiation. Other than that, I have no tattoos. I have no desire to have somebody permanently paint something on me. I change my mind too frequently.

If I couldn’t hit, I would probably be … working at the paper mill back home.

One habit I can’t break is … cursing. We take bets as to how long it will take for me to drop the f-bomb on TV.

My standard fast-food order is … a Quarter Pounder with Cheese. But I’m on a diet. Some modified Atkins thing. If you look in my refrigerator right now, you’ll find spinach, bottled water and almond milk. Yech.

My favorite material possession is … my golf clubs. Titleist AP2s. I have a Mercedes SUV, too, but if I didn’t have that, I could still get a ride to the golf course. Without these clubs, I’d go crazy.

I met my gorgeous wife … at the Benihana in Cherry Hill. Mitch Williams and his wife invited me to come, and she was with them.

The thing I miss most about playing is … the guys, the team. I’m glad I played when I did, because now, with Twitter and iPhones … let’s just say that if someone recorded some of the things we said, we’d all be in jail.

One place I’d really like to visit is … nowhere. I don’t care to go overseas. People tell me I need to go to Italy. Why would I want to fly over there when I can eat great Italian food here?

If you’re pouring me a drink, make it … water. I like energy drinks, but my kids tell me they’re bad for me.

The best prank I ever pulled … was on Chase Utley. His first hit in the big leagues was a grand slam for the Phillies. It was his first day. We set this thing up where we called him into Larry Bowa’s office and said, “Your papers weren’t submitted in time. You were an illegal player. It doesn’t count.” He screamed, “Eff all of you!” and walked out.

The day after we lost the World Series, I … recovered. We all had pretty good hangovers that day.

Published in the April 2017 issue of Philadelphia magazine.